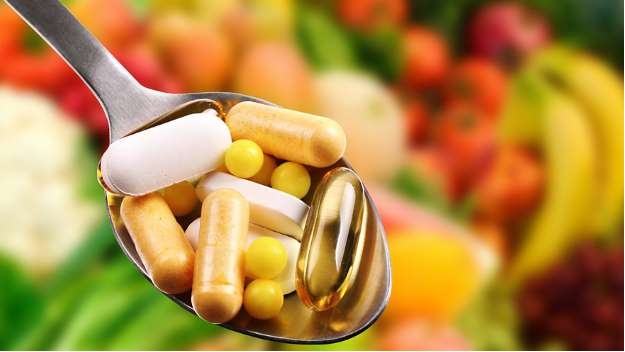 In the United States of America and other developed nations, there are some daily dosage of tablets recommended meant to boost the health and energy of the people.

In doing so, it is likely that we shall stay away from seeing doctors regularly thereby save hard cash usually paid out for expensive medications. Almost all of us have vowed to stay healthy in the New Year. However, one thing needed to examine the efficacy of the dietary supplements we consume.

The question to ask is are we in Ghana and other nations in Africa, Europe and America really taking in the right health giving tablets to boost our health and energy. Do we know whether or not we are wasting money on drugs that do not promote our health? Do we know how much money our governments are wasting on wrong energy giving drugs?

Do we also know the harm some of the food supplements cause to our health when taken in large quantities? In the following article by Elizabeth O’Brien, of the “MarketWatch” reveals the cost of the food supplements to the people in the United States of America annually and their effect on the health of the people. By extension we need to consider whether or not the arguments made by the writer would be applicable to the health conditions in Ghana and Africa.

Dietary supplements are a $37 billion a year business, according to the National Institutes of Health, but there’s mounting evidence that vitamin and mineral supplements aren’t effective in preventing chronic diseases or in slowing their progression.

What’s more, some nutrients may be harmful if taken in large doses, studies have suggested. One of the most recent, published recently in JAMA Internal Medicine, found that high doses of vitamin D were associated with a higher risk of falls in men and women 70 years and older, and compared with lower doses.

Almost half of U.S. adults take a dietary supplement, according to the Centers for Disease Control and Prevention, and some of this consumption is medically warranted and even lifesaving in some cases. Certain conditions and treatments affect nutrient absorption, and patients can make up for any shortfalls with supplements in consultation with their doctors.

But plenty of us pop these pills reflexively, thinking they’ll make us healthier at best and at worst, they’ll do no harm. In fact, most boomers don’t need to supplement their diets at all.

“Most people in their 50s who eat meals several times a day and who eat something that’s even remotely balanced never have any deficiencies in anything,” said Dr. Albert Wu, a practicing physician and director of the Center for Health Services & Outcomes Research at the Johns Hopkins Bloomberg School of Public Health.

For most people, the best insurance policy for future health is regular exercise and a balanced diet, experts say. Below are some food alternatives to common dietary supplements.
Multivitamins

Multivitamins are the most commonly used dietary supplements, accounting for $5.7 billion in annual sales, according to the National Institutes of Health. “If you want that feeling of having a safety net below you, multivitamins are kind of that,” said Katherine Zeratsky, a registered dietitian nutritionist at the Mayo Clinic in Rochester, Minn. That said, she noted, people should try to get their nutrients from food first.

While multivitamins make may make up for any shortfalls in the diet, they don’t guarantee future health. For example, a 2013 study published in the Annals of Internal Medicine found that long-term use of a daily multivitamin did not provide cognitive benefits to older men.

Those who do take a multivitamin should make sure that their total diet does not give them more than the recommended dietary allowance of any given vitamin and mineral as determined by the Institute of Medicine. There’s no benefit in exceeding the amount, and excess could even result in harm.

Eat this instead: Fortified cereals are the food equivalent of a multivitamin, providing a safety net of their own with added nutrients, Zeratsky said.

Vitamin B12 is required for proper red blood cell formation, neurological function, and DNA synthesis and is widely found in animal products such as meat and dairy.

A vitamin B12 deficiency can manifest as mental confusion, forgetfulness, low energy, and depression. People who don’t eat much meat or dairy could consult their physician about having their blood tested for B12 levels, a step generally not taken during a standard physical exam.

Strict vegetarians may be more susceptible to a vitamin B deficiency, as well as older people who have let their nutrition lapse. Alcohol affects vitamin B12 absorption, especially in large amounts, so people who drink more than moderately may also have cause for concern.

Yet for every person who legitimately needs a vitamin B12 supplement, more people take one unnecessarily because they think it will give them extra energy or another health benefit, Wu said.
Eat this instead: Meat and dairy products and fortified cereals and grains are rich in vitamin B12.

Calcium is required for bone health, and a deficiency in this essential mineral can contribute to osteoporosis. Many boomer women take calcium supplements as a matter of course, regardless of their diet. However, supplements shouldn’t be the default position even for post-menopausal women, Wu said, as those who eat enough calcium probably don’t need them.

Excess calcium can pose a risk: Clinical trials of calcium supplements at doses of 1,000 milligrams per day have reported adverse side effects from kidney stones to heart attacks to acute gastrointestinal distress.

Eat this instead: Dairy products offer some of the best dietary sources of calcium, of course. Lesser-known sources include soybeans, tofu, sardines, and vegetables such as collard greens, spinach, and broccoli. We need three servings of calcium-rich foods a day, said Kelly Pritchett, a registered dietitian, assistant professor of nutrition and exercise science at Central Washington University and a spokesperson for the Academy of Nutrition Dietetics. While we’d have to eat five cups of broccoli to get the calcium in one cup of milk, a balanced diet that also includes yogurt and cheese can help us reach the required amount, Pritchett said.

Vitamin D helps the body absorb calcium to maintain strong bones. Vitamin D deficiency can cause bone pain, muscle weakness, and even pose a risk for heart disease, according to some studies. And yet, studies have suggested that too much vitamin D can be harmful, increasing the risk of falls in certain groups. Scientists are still studying the best dose of vitamin D to optimize its benefits and minimize its risks, Wu said.

The best source of vitamin D is the sun, and many of us don’t get enough sun exposure, particularly in the winter. It might be appropriate to take a daily supplement of 1,000 international units, but we shouldn’t start without consulting our doctor, Wu said.

Eat this instead: Fatty fish and cod liver oil are among the best dietary sources of vitamin D, Pritchett said. Fortified milk also contains vitamin D, as do eggs, some yogurt, fortified cereals and mushrooms.

This category is pretty straightforward, experts say. Weight-loss supplements are “a waste of money, in my opinion,” Pritchett said. Evidence is slim to nonexistent on diet pills that are both safe and effective. (Remember ephedra, the herb banned by the Food and Drug Administration in 2004? It contributed to weight loss in some users, but it also contributed to deaths.)

Eat this instead: Smaller portions. There are no shortcuts when it comes to successful, long-term weight loss, Pritchett said. Lifestyle changes like regular exercise and eating less can make all the difference.

The government’s My Plate illustration — the latest incarnation of the old food pyramid — provides a useful illustration of how to think about a balanced diet, nutrition professional say. Nine-inch plates are better than 12-inch plates, and each portion should be roughly the size of our closed fist.