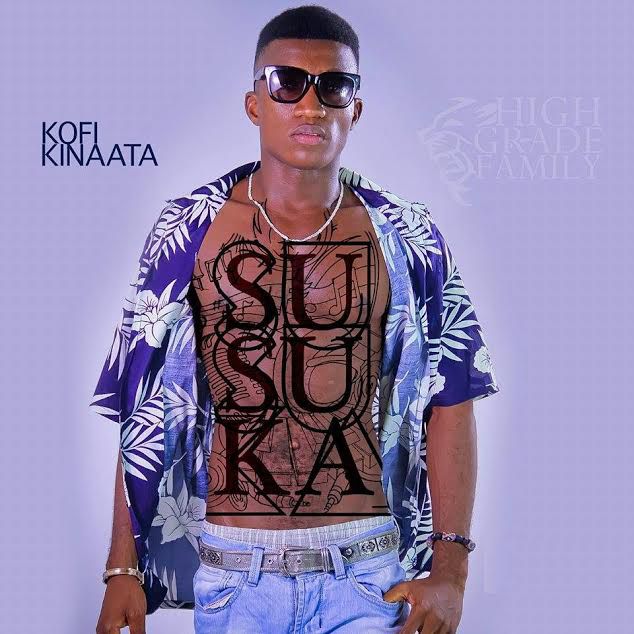 It’s the hope of every musician to one day win local awards and then graduate to winning big international awards, and ‘Sweetie pie’ hitmaker says he’s been dreaming about winning the BETs for sometime now.

Martin King Arthur popularly known as Kofi Kinaata has disclosed that he would one day like to win BETs, own his own record label and more. This he revealed in an interview with Prince Benjamin on Class 91.3 Fm.

When asked by the host, Prince Benjamin what his future plans are. The emotional Kofi Kinaata said, “I would like to win BET awards one day. I hope one day I will pass my exams at Highgrade Family, graduate and be my own boss. I would like to have my own record label that I can help the talents out there from getting waste.”

He also disclosed that even though he knew that he will be a big artiste one day because he was good, he was lacking directions and had it not being for the timely intervention of Samini’s manager, Tony Pun, he would have been doing something different by now because he really suffered to the core.

On how he got signed onto Sami’s record label, he said, “I was in T’adi one day and I got a call from Tony Pun, Samini’s manager that they have heard lots about me, had listened to my vibes and they would like us to work together, so we eventually met, put pen to paper, and here am I.” He ended.

On how he got his showbiz name, he said, “So the name on my birth certificate is Martin King Arthur. I just manipulated it someway and that’s how come I have the name Kofi Kinaata as by stage name.” He revealed.

Kofi Kinaata has garnered 7 nominations at this year’s VGMAs and he says he is hopeful of winning big best new artiste of the year, songwriter of the year and even most popular song of the year.