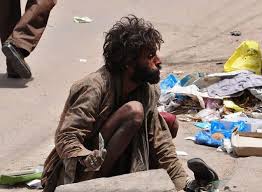 Dr Doris Arhin, the Health Director, said Ghana had given little attention to mental health issues although quite a number of the people were deemed to be mentally sick

Dr Arhin stated this at a training programme organised for healthcare workers by Basic Needs-Ghana, a non-governmental organisation, in partnership with the Mental Health Society of Ghana, the Mental Health Authority and the Ghana Health Service with funding support from UK’s Department for International Development.

Physician assistants, community and general nurses numbering 120 were taken through essential skills manual for health care aimed at upgrading their knowledge on mental health to be able to identify and prescribe appropriate interventions.

It was on the theme: ?Support the government of Ghana build a national mental health system that effectively and efficiently responds to the mental health needs of the population.?

The two mental health bodies have carried out similar coaching for professionals in parts of the central region and are due to scale up across the county.

Dr Arhin said the overwhelming number of cases were stressing up the acutely limited psychiatric nurses and burdening families and caregivers of mentally ill persons in the communities.

?This training is a privilege; we thank you for coming to our aid to improve our skills. Mental health is a very serious issue but it is relegated to the background, we don’t have nurses’ specialists,? she said.

?Quite a number of people are deemed mentally sick, we can see this from the many reports about people murdering others and committing suicide but we don’t diagnose these things early,? she added.

Dr Arhin said that the municipality has only two psychiatric nurses serving the communities.

The training would go a long way to help equip the health workers with the necessary skills to identify early signs of mental illness and also help them to debunk the negative information about the sickness, she added.

Mr Badimak Peter Yaro, the Executive Director of Basic Needs-Ghana, said since the programme started in 2014, his outfit had been working to extend to other regions to help address the shortfall in mental healthcare.
He noted that human resource and skills development played central role in demystifying superstitious beliefs about mental health in the country.

Mr Yaro expressed the hope that government would incorporate mental healthcare into the general health system in order to break the barriers facing the field.

?Mental health is a business and we want to see it being part of the general healthcare system,? he said.
Mental health experts estimate that about 4.8 million Ghanaians are suffering from various forms of mental disorders while the treatment gap is pegged at 98 per cent.

However, the majority of care, according to the World Health Organisation is provided through specialized psychiatric hospitals and servicing only small fraction of the populace with relatively less government funding support.