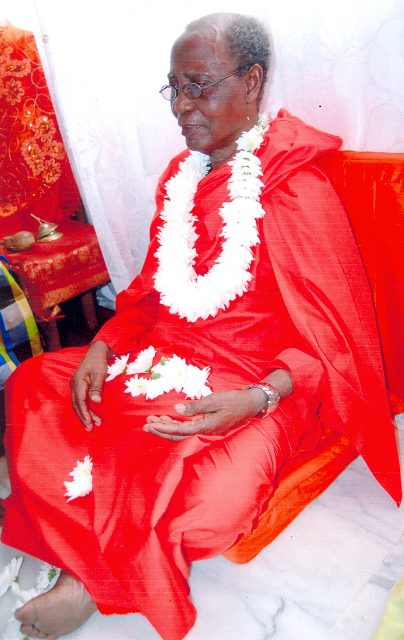 Swami Satyananda Saharaj, a Ghanaian, has been a member of the faith for 35 years and became a disciple in 1985.

He succeeded Swami Ghananand Saraswati, another Ghanaian and the first African to be initiated into the Holy Order of Hindu Monks in 1975.

The installation, which was performed together with the memorial service (Final Mahasamadhi Puja) of Swami Ghananand Saraswati at the Odorkor Monastery in Accra, saw other branch members from Kumasi, Tema, Cape Coast and Togo in attendance.

A biography read by Mr Yaw Tawiah Bio, President of the Accra branch of the Hindu Monastery, said Swami Ghananand Saraswati was in his early life known as Guide Kwesi Essel and was born in 1931 at Senya Beraku in the Central Region.

He said Swami Ghananand Saraswati was known for his contribution to the Hindu faith in the country which led to the establishment of five branches in Ghana and Togo.

Mr Bio said the deceased has to his credit 15 books on Hinduism and has helped in building the Hindu Monastery of Africa.

He appealed to Ghanaians to help sustain and expand the work that His Holiness Ghananand Saraswati left behind.

Swami Satyananda Saharaj, in an interview with the Ghana News Agency, said he stands for national development, unity and peace.

Exit polls: Bulgaria to elect a new president in runoff