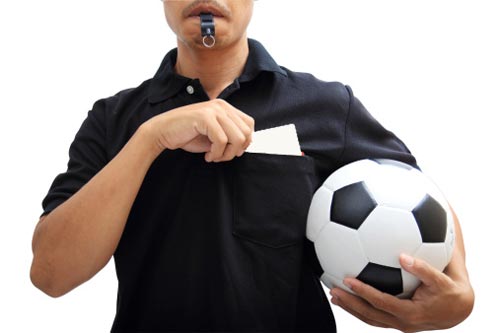 ??As of March 31, 2015,?Major League Soccer (MLS) comprising teams in the?United States and Canada ?had 37 players of African origin plying their trade in the North American league which is carving a niche for itself as it catches the eye of players from across the world.?Statistics obtained from the MLS indicates that these 37 African players hail from all parts of the continent.? Majority of the African players are however from the Western parts of Africa with Ghana having the chunk — seven in all — within the MLS. Close behind Ghana with the most African soccer professionals in the North American league is Cameroon with six players followed by the Gambia, Sierra Leone and Nigeria with four players each respectively.

There are two Malian and Democratic Republic of Congo (DRC) players in while Angola, Liberia, Morocco, Senegal, South Africa, Uganda, Zambia and Zimbabwe all have a single player hoisting the flag of their respective nation as they gift North Americans with their unique brands of African soccer.

Here is the breakdown of the names of these players, their respective MLS teams and countries of origins
? as compiled by Oral Ofori of #TheAfricanDream?
: Ghana?s seven players are David Accam and Patric Nyarko, both of who play for the Chicago Fire in Chicago Illinois. Gershon Koffie is with Vancouver Whitecaps in British Colombia, Canada, where his fellow compatriot Dominic Oduro plays for the Montreal Impact in Quebec.

Kofi Opare makes his team in the US Capitol area of Washington?s District of Columbia, with DC United while Kwadwo Poku has made his team with New York City FC whose stadium is the Yankee Stadium in America?s ‘Big Apple’. Ismael Yartey dons the jersey of the Portland Timbers in Oregon. Ghana is known for placing 13th in their effort that saw them reach the round of 16 in the 2006 World Cup in Germany and 7th in their hearth breaking quarter final reach during the 2010 FIFA World cup in South Africa. Ghana has won the Cup of African Nations (CAN) four times.

Freddy Adu of Ghana, hailed as the second-coming of Brazilian soccer great Pele, is one of the most prolific players in MLS history and the youngest player in Major League Soccer to sign a professional contract in the USA with DC United. Freddy appeared in his first game on April 3, 2004, he scored a goal a week later on April 17 of that year at age 14. The Ghanaian born American soccer protege has been playing outside the MLS since 2007 and is now with Finland club Kuopion Palloseura in Europe.

Nigeria soccer is an African powerhouse ? three time CAN champions ? the most recent win for them was during the 2013 tournament in South Africa. The Nigerians have been to every FIFA World Cup since USA 1994 to Brazil 2014 where they made it to the round of 16. This oil rich country is the fifth largest exporter of crude oil on earth, Africa?s most populous nation and the world?s eight most populous as of June 2015.

Of the four Nigerian players in the MLS, Obafemi Martins is arguably his countries most priced asset. In the 2014 league season, Martins came very close to becoming the first African player to win the MLS Most Valuable Player (MVP) award. Robbie Keane of LA Galaxy is presently the MVP of the MLS. Martins renewed his contract with his MLS team Seattle Sounders in October 2014 in a deal that almost doubled his annual salary to over $3M. He also won MLS Goal of the Year in 2014 among other accolades and is one of the most respected African players today in the league.

Although MLS team San Jose Earthquakes striker Innocent Emeghara has been a member of the Swiss national team since 2011, he was born in Nigeria. His fellow compatriot; 26 year old Kennedy Igboananike, plays for MLS club Chicago Fire as a striker. Fanendo Adi, the last but not least of the the four Nigerians to mention in is currently a striker for the Portland Timbers in Portland Oregon.

Cameroon, known in world soccer circles for having one of the most successful African teams has represented Africa in the FIFA World Cups of 1982, 1990 in Italy (where they placed 7th), 1994 (which was hosted by the USA), 1998, 2010 (in South Africa) and Brazil 2014 respectively. They have also won the CAN four times.

MLS players flying the Cameroonian flag are Anatole Abang who plays for the New York Red Bulls side-by-side with his fellow compatriot and teammate Marius Obekop. Charles Eloundou plays in Denver Colorado for the Colorado Rapids, Eric Ayuk Mbu?s professional career is with Philadelphia Union in the Philadelphia metropolitan area of the state of Pennsylvania. Ambroise Oyongo plays for the Montreal Impact in Canada and Tony Tchani calls the Columbus Crew Soccer Club of Ohio his team.

The Repulic of the Gambia is the smallest country on mainland Africa and homeland to four MLS players, two of who play for Vancouver Whitecaps FC in the Canadian professional soccer league ? they are Pa-Modou Kah and Kekuta Manneh. Abdoulie Mansally plays for Real Salt Lake in Sandy Utah and Sanna Nyassi is a member of the San Jose Earthquakes in California.

Though no more in the MLS, Mustapha Jarju of Gambia on July 12, 2011 became the first African to sign as a Designated Player in Major League Soccer with the Vancouver Whitecaps FC in Canada. The MLS Designated Player rule allows MLS franchises to sign players considered outside a team?s salary cap, thus enabling MLS teams to compete for star players in the international soccer market. The first beneficiary of the rule was David Beckham in 2007 when he joined the Los Angeles Galaxy in California from Real Madrid in Spain.

Sierra Leone has never been to the FIFA world cup or the CAN but the nation which garnered world attention over the Ebola virus epidemic today proudly holds its place as one of the third largest supplier of African soccer talent to the MLS with four players in the league. Kei Kamara plays in Columbus Ohio for Columbus Crew SC. The other Sierra Leonians in the MLS are Michael Lahoud of Philadelphia Union, Victor Mansaray of Seattle Sounders and James Ansu Rogers of Sporting Kansas City.

Mali and The Democratic Republic of Congo (DRC) both contribute two players each to the MLS. The Malians are Oumar Ballo of Houston Dynamo in Texas who plays in the American side of the league while Bakary Soumare is with the Canadian side team Montreal Impact. DRC players found in the US end of the league are Phanuel Kavita and Danny Mwanga of Real Salt Lake and Orlando City respectively.

Vancouver Whitecaps FC, the Canadian MLS side in British Colombia is home to two players from Africa who are the sole representatives of their respective nations in the league, they are Ethen Sampson of South Africa and Robert Earnshaw of Zambia. Portland Timbers in Oregon houses Darlington Nagbe of Liberia and Schillo Tshuma of Zimbabwe who are also the only ones from their respective African countries in the league.

The remaining players representing their entire African nations in the MLS are Angola?s defensive midfielder Valdomiro Lameira, mostly referred to as Estrela. He has featured for the Portuguese U-20 team. Estrela’s MLS club is Orlando City, Florida. Mehdi Ballouchy of Morocco plays his professional soccer with New York City FC, Senegal?s Dominique Badji is a forward for the Colorado Rapids while Seattle Sounders FC has the only Ugandan player of the MLS in the person of Micheal Azira who was signed on March 6, 2014.

These African MLS players statuses are valid as of March 31, 2015 and are subject to change. Major league soccer is gradually gaining repute and grabbing the attention of more African players who are considering a career there so an increase in the number of Africans within it is a serious possibility in the near future.

December 17, 1993 is the year the MLS was founded. 20 teams make up the league, 17 of them are in the USA, the other 3 are in Canada. The league season which mandates every team to play 34 games regularly begins in March and ends in October when the best team is awarded the Supporters’ Shield.