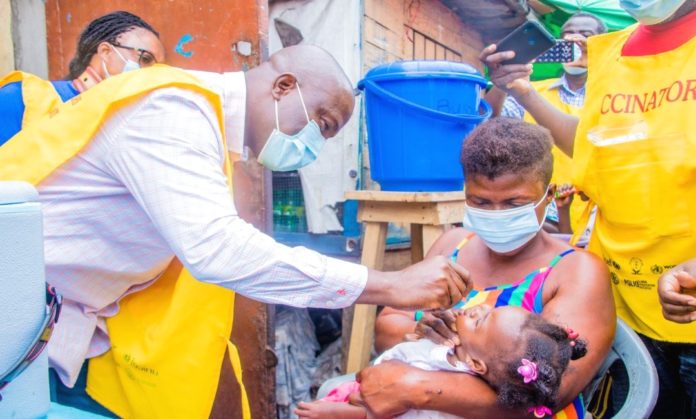 The second round of the National Polio Immunisation Campaign begins on Thursday with the Ashanti Regional Health Directorate targeting the immunisation of more than 1.2 million children.
The exercise, which ends on Sunday, October 9, seeks to vaccinate children under five years against vaccine derived polio type two (cVDPV2) across all the 43 districts in the Region.
During the first round of the exercise, which was conducted in the first week of September, a total of 1,209,861 children, representing 100.3 per cent of the targeted number, were immunised and the directorate is seeking to replicate that in the second-round campaign.
Dr. Emmanuel Tinkorang, the Regional Director of Health Services, who disclosed these to the Ghana News Agency (GNA) in Kumasi, implored the public, especially mothers to make their children available for the exercise.
He said vaccination teams and social mobilisers would be deployed to various homes and vantage public spaces to undertake the exercise in all the districts during the period.
He entreated the public to take the exercise serious because the Poliovirus caused paralysis and could sometimes lead to death, adding that, the vaccines were safe, effective and free.
“Multiple doses of polio vaccine increase the protection of your child and doses given during this campaign are additional doses every child under five years should receive to prevent polio even if he/she has been given polio vaccine previously,” he advised.
Dr Tinkorang said the exercise was mainly to raise population immunity against the virus and also break the transmission of cVDPV2, and called for the support and involvement of all stakeholders for the campaign.

Ashanti targets 165,831 in 5th round of Covid-19 vaccination campaign