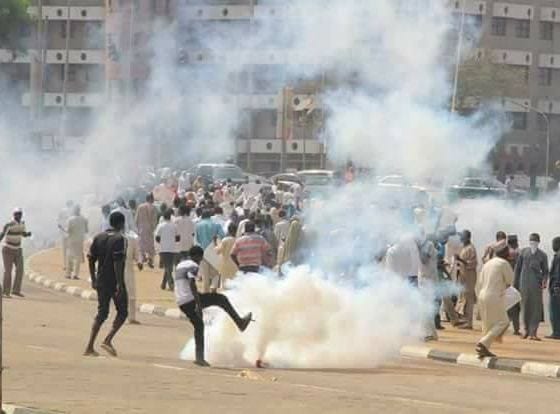 At least one person died and some 20 were injured during an anti-president protest Friday in Mali’s capital Bamako, hospital sources said Friday evening.

After decreeing civil disobedience, leaders of the M5-RFP asked tens of thousands of demonstrators to go and occupy public buildings and erect barricades.

The demonstration degenerated as feared by observers and certain mediators in this socio-political crisis.

The National Assembly building was damaged and looted, national radio broadcast stopped broadcasting for almost two hours before resuming its programs. Two bridges and the main roads in Bamako were freed early in the evening by the security forces.

During the afternoon meeting on Independence Square, its leaders declared that they no longer recognized Keita as president of the republic.

A communique of the movement also called on the Malian people to “remain mobilized and determined, in the hours and days to come, throughout the national territory and in the diaspora, until the end of the patriotic fight for the survival of the Mali and the happiness of the Malians.”

Keita and a mission of the Economic Community of West African States have tried to resolve the socio-political crisis in Mali through meetings and negotiations with the leaders of the M5-RFP. But the movement continues to demand the resignation of Keita as Mali’s democratically elected president.