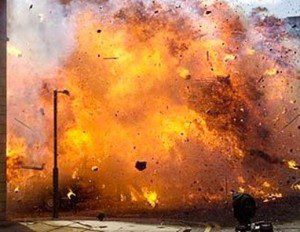 At least three people died and 12 were injured in a rocket attack on a UN base in northern Mali, officials said Sunday. The UN mission for Mali, Minusma, said in a statement that at least 30 rockets targeted its small camp on the outskirts of Kidal just before daybreak, calling the incident a “complex terrorist attack.”

The dead include one peacekeeper and two civilians, it said.

One of the injured was a boy with shrapnel wounds to his back, a resident of Kidal who did not want to be named told dpa by phone.

The attack came just over 24 hours after gunmen opened fire in a nightclub in Bamako, killing five people. Al Mourabitoun, a group linked to al-Qaeda in the Islamic Maghreb, claimed responsibility.

The poverty-stricken West African nation is recovering from a March 2012 military coup and an Islamist insurgency that prompted France to send troops to its former colony.

UN Peacekeeper Dead, 4 Others Injured in Blast in Northern Mali