A total of 100 students have tested positive for COVID-19 at a boarding school in Zimbabwe’s Matabeleland North Province, a week after the country fully reopened schools after a seven-month break due to the pandemic.

Permanent Secretary in the Ministry of Information Nick Mangwana confirmed the development Tuesday, which marks the first time such a record number has been reported in the country since schools reopened in September.

“A total of 100 pupils have tested positive for COVID-19 at John Tallach boarding Secondary School in Matabeleland North.

The school has an enrollment of over 600 pupils and has since been sealed off with no one allowed in or out,” Mangwana said in a tweet. Local media reports said 73 pupils had mild symptoms while 27 are asymptomatic.

Zimbabwe has recorded 8,897 COVID-19 cases, 8,116 recoveries and 257 deaths as of Monday.Zimbabwe implemented a phased reopening of schools after they were closed in March, with examination classes resuming in September, followed by next year’s examination classes on Oct. 26 while the rest of learners went back on Nov. 9.

However, the majority of teachers at public schools have not been reporting for duty, demanding a salary hike. On Monday, the government sealed a pay deal with its workers who agreed to a 41 percent salary hike. 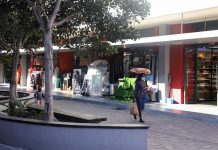