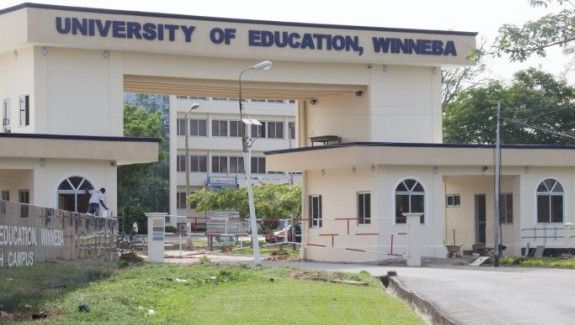 The University of Education, Winneba (UEW) has held its Second Session of 26th congregation for the 2021 graduating class of 10,314 students who pursed various under-graduate and post-graduates programmes.

The session commenced on Tuesday, April 26 to Apri30, graduating students from the various faculties, schools, and centres of the university across the country.

Gender breakdown showed that, 9,462 graduated diploma and undergraduate students made up of 3,584 were males representing 38.93 present against 5,778 female accounted 61.07 percent of the total number.

Professor Mawutor Avoke, the Vice-Chancellor of the University who announced this in his sessional address stated that, graduation will always be a moment to honour graduates achievement and look forward to the magnificent opportunities which await for them in the future.

“In doing so, however, I implore you to reflect deeply on this profound statement by Tom Brokaw that ‘You are educated. Your certification is in your degree. You may think of it as the ticket to good life. Let me ask you to think of an alternative. Think of it as your ticket to change the world,’” he stated.

Pro. Avoke urged them to be aware that while instruction ended in the classroom, education does not and that their education acted as a dress rehearsal for the life ahead.

He noted that it was no secret that they were graduating at a challenging time in life when unemployment was a major national and international challenge, but added, “guess what “… You go to university so you can be able to make a difference” stated.

“I have the confidence that you will go out there, explore the world and to take advantages of the many opportunities that life might offer, despite the difficulties of the times, he stated.

According to him, they have been trained to solve problems, so they must set up to play that role effectively by developing innovative ways of the current difficulties and make good use of the skills acquired in academia to navigate the complexities of life and make a difference wherever they find themselves in the world.

The V.C further urged them to strive for honesty and integrity, use their critical thinking and problem-solving skills, demonstrate their proven beliefs and approach their work with good attitude.

Ho indicated that these attributes will set them apart from the rest, igniting a fire that will shatter the darkness of ignorance that plagued people around the world, demonstrating to the world that, they were genuinely nurtured by UEW, the University of Excellence.

He earlier announced to the gathering that, the university had fully complied with the orders of the High Court in Winneba on Wednesday, February 2 to res-instate five senior officer of the university including himself and they all have since assumed duty.

“On behalf of his colleagues, I expressed deep gratitude to the court, the government of Ghana, the Governing Council, families and well-wishers for standing with us in seeking justice” and added that, they pledge to consciously uphold the provisions of UEW Statutes and promote fairness and equity.

Nana Ofori Ansah I, Chairman of the University Governing Council Constituted the Assembly and also dissolved the congregation.

Dark Clouds Hovering Over The University of Education, Winneba