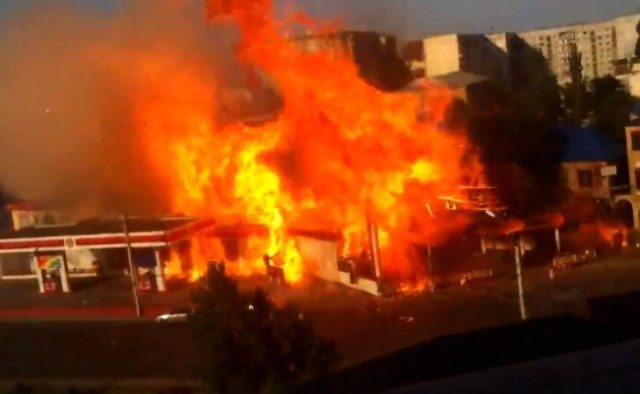 A 12-year-old boy has allegedly set ablaze his father’s 2,500 tubers of yam and another 2,500 yam plants meant for planting in the coming season.

The 39-year-old farmer, Adamu Adama Nansia of Welembelle, in the Sissala East Municipality, who confirmed the incident to the Ghana News Agency, thanked God for saving his son’s life.

Mr Nansia, who had been preparing his yam mounts, had left the farm for home, leaving behind his two sons, aged 12 and 14 years, who then started playing with a box of matches in the shed and ended up starting the fire.

The boy upon realizing the danger attempted dousing the fire alone until the father, who saw a thick smoke in the sky rushed to the farmland and saved his son.

“I am thankful to God for my son’s life,” he said.

The loss is estimated at several thousands of Cedis.

“Now my yams I sell to feed my family, including yam plants have all been burnt and gone,” he said, and blamed poor market prices, that compelled farmers to keep their yams in the bush for a very long time.

The National Disaster Management Organisation (NADMO) was not immediately available for comment and had not reached the victim as at the time of filing this report.

Trader in court for allegedly sexually molesting a minor