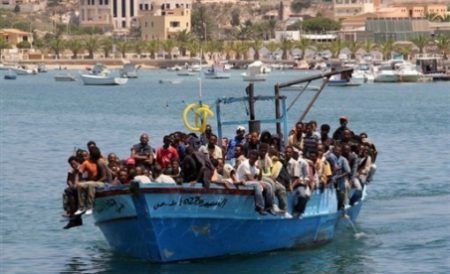 The United Nations High Commissioner for Refugees (UNHCR) said Thursday that 126 illegal immigrants were rescued and returned to Libya.

Up to “126 persons among them 8 women and 28 children were returned to Libya this morning after their boat was intercepted/rescued at sea,” the UNHCR tweeted.

“UNHCR partner IRC (the International Rescue Committee) was present at the disembarkation point and provided water, blankets and medical assistance. They were all sent to detention,” the UN agency said.

Libya has been mired in chaos following the downfall of its former leader Muammar Gaddafi in 2011. Since then, the North African country has become a preferred point of departure for illegal immigrants who want to cross the Mediterranean Sea towards Europe.

More than 100 million people displaced in Ukraine and other conflicts