Focus on Rural Mothers (FORM), a non-governmental organisation (NGO) and some partners have awarded 14 brave women in the Birim Central Municipality with items worth GH₵15,000.00 for their contributions to societal development. 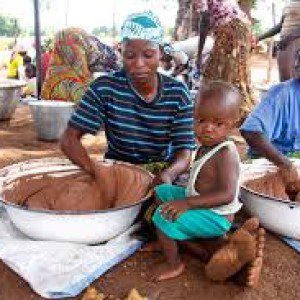 The awards, the first of its kind by the NGO and its sponsors, was held at Akim Oda in the Eastern Region on the theme; “Heroines of Our Day – 2016” and it would be observed bi-annually.

The recipients include Mrs Ophelia Koomson, the former Municipal Chief Executive, Professor Esi Awuah, a retired Vice Chancellor of the University of Energy and Natural Resources, and Mrs Akua Owusua Amartey, a former Governing Board Member of the Narcotics Control Board among others.

Madam Elizabeth Owusua, the Chief Executive Officer of FORM, in an interview with the Ghana News Agency, said the 14 women were honoured based on their capability to overcome obstacles to reach greater heights in life and contribute their quota to the progress of the municipality and the nation as a whole.

She said the NGO was established in 2009 to co-ordinate programmes and activities with the collaboration of departments, development partners and international agencies to champion the course of women.

It is also to empower rural women with the ability to contribute to the development of their communities, children as well as themselves in education, advocacy and poverty alleviation projects.

The CEO used the occasion to launch a scholarship scheme for the education of the needy but brilliant girls in the NGO’s catchment areas.

She told the well-to-do in society that: “Your hand was held to cross the river when you got stacked at its banks, today is your turn to hold the hand of the intelligent but less privileged girl to also cross to the other side of the river.”

Mr William Agyapong Quaittoo, the Member of Parliament of Oda, pledged to support the scholarship scheme while reverend ministers of the Presbyterian Church- Oda, Church of Christ and individuals also promised to assist the initiative.
GNA