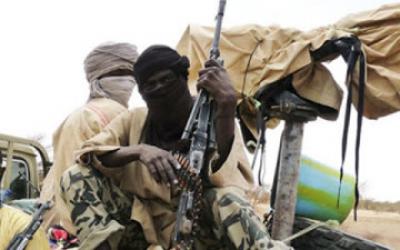 At least 17 Boko Haram militants were killed and several others wounded when troops fought hard in an exchange of gunfire after they were ambushed by the terror group in Nigeria’s northeast region, said a military spokesman on Wednesday.

Two soldiers were, however, killed and four others wounded in the gunfight on Tuesday along the Damboa-Maiduguri road in the northeastern state of Borno, military spokesman John Enenche said.

“The valiant troops out-flanked and engaged the criminals with an overwhelming volume of firepower, forcing them to withdraw in disarray,” Enenche said in a statement made available to Xinhua.

Following the ambush and gunfight, a special forces battalion of the military have been reinforced to dominate that axis where the incident occurred, to completely deny the terrorists any chance of escape during a further assault against them, the military spokesman said.

The Tuesday incident occurred after several Boko Haram militants were killed and their gun truck destroyed in another operation by the combined efforts of the land and air forces of the Nigerian military, which foiled an attack at Gubio town of Borno.