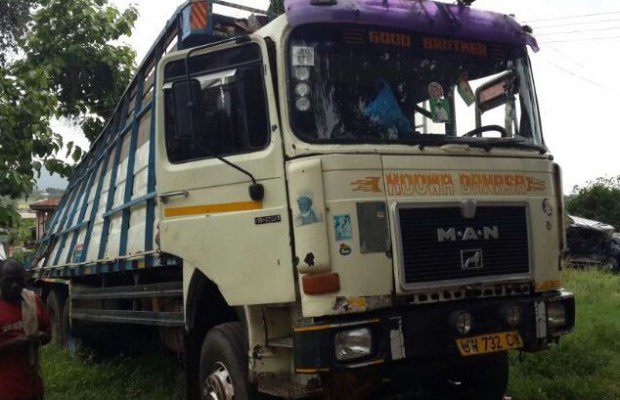 Eighteen people were killed and five others injured after the truck they were traveling in rammed into a building in southern Zambia’s Mazabuka district, local media reported on Monday.

The 18 people, including 10 males, five females and three children, died on the spot in the early hours of Monday as the truck rammed into a building belonging to a South African chain store, Shoprite Checkers, according to local media.
Southern province police commissioner Mary Chikwanda said the driver, who is among the dead, lost control of the truck due to over speeding.
District commissioner Wilson Sianduka said the five people who sustained injuries and have been taken to hospital, were in critical condition as they have broken bones.
Health authorities were making arrangements to transfer the five to the country’s main referral hospital in the capital Lusaka for treatment, he added.
Sianduka said the truck was carrying 23 passengers from Lusaka and they were going to buy fish when the accident happened.
The Zambia Road Safety Trust, a local organization championing for safety on roads, has expressed concern over the accident.
Daniel Mwamba, the organization’s chairman said in a statement that it was unfortunate that the country has lost so many people due to careless driving and called on the authorities to ensure drivers are fully trained. Enditem