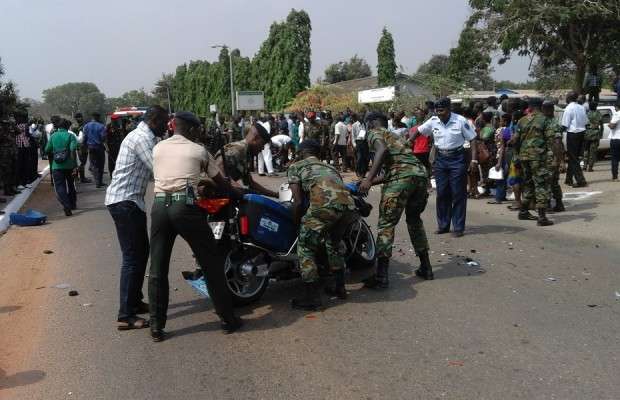 A Yendi Circuit Court has convicted 18 motorbike riders for various traffic offences in the Yendi Municipality of Northern Region.

Prosecuting. Inspector Grace Nutsugah told the court that on 15th March, 2018 at about 08:30am, the Yendi Divisional Police Command embarked on a special motor-bike exercise to clamp down indiscipline in the Yendi Municipality.

Inspector Grace Nutsugah said in course of the exercise 18 motor-bike riders were arrested some of their offences included riding bikes without crash helmet, unregistered motorbikes, some without riding licence, others without genuine documents, lack of road worthy certificates among others.

She said the suspects were processed and arranged before the Yendi Circuit Court presided over by Mr William Twumasi Appiah.

The accused pleaded guilty and were convicted on their own plea.

The court convicted them to a fine the magnitude of which depended upon the offence charged with each one of them or in default imprisonment of up to 12months.

The court went ahead to confiscate the motor bikes and directed the Police to auction the motor-bikes which their owners abandoned also and refused to appear before the court.

30-year-old woman bonded to be nationalistic

Minor who poured acid on abusive benefactor in court