Two residents of Alavanyo Dzogbedze have died as a result of a crossfire between the military and some unknown assailants.

Narrating the incident on the AM Show on MultiTV monitored by NewsGhana, the Volta regional police commander, DCOP Francis Doku said the police got wind of information that some persons in the area were hoarding ammunition.

He said the assailants might have gotten wind of the police operation because as the SWAT team entered the town, they were attacked by some youth who successfully wrestled an AK-47 rifle from the outnumbered police. 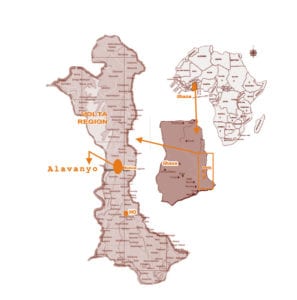 According to his narration, the police informed the military in the area who decided to retrieve the AK-47 rifle. The military went to the traditional ruler in Alavanyo Dzogbedze to inform him about their intended operation with the hope that he will prevail on his subjects to surrender the arms.

“The chief promised the military that he will personally bring the rifle to the barracks at 10: 00 am on Monday,” DCOP narrated.

But as the soldiers departed from the chief, they were attacked by the assailants who fired at them. As the soldiers shot back at the attackers, two residents suspected to be unrelated to the attacks were caught up in the crossfire and have been reported dead.

Six others were injured in the process and are on admission at the Margret Marquart Catholic Hospital in Kpando. DCOP Doku said the police are preparing to go for the bodies of the two dead persons. He added that an emergency Regional Security (RECSEC) meeting will be organised to the town to help in investigations.

Police are interested in preventing crime than arrest and prosecution

We are not oblivious of the enormous tasks ahead-Police