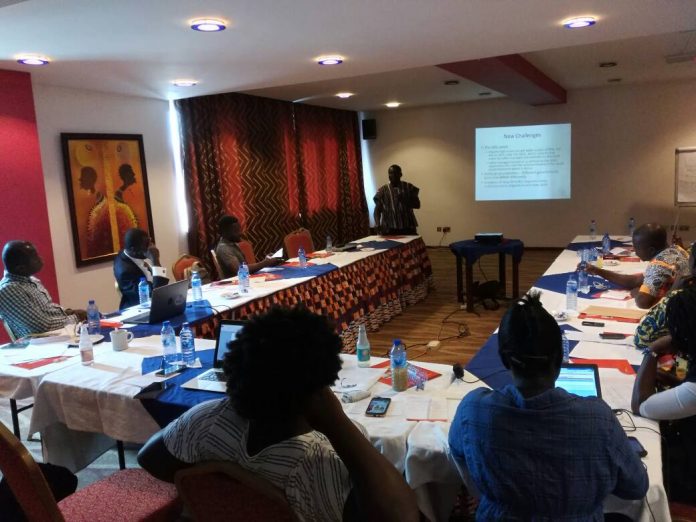 Lateness and absence from work; the use of public funds for personal benefit continuous to be the common infractions of Code of Conducts and Conflict of Interest in Public Service Organizations (PSO’s).

According to Mrs Bridget Katsriku, Chairman of the Public Service Commission (PSC), employees who engaged in such acts were normally cautioned or no actions were taken against them by Management.

Additionally, she said in some instances actions taken were not “deterrent enough to curb unethical behaviours in the PSO’s”.

Mrs Katsriku has therefore appealed to leadership to adhere to Code of Conducts and apply sanctions against these acts.

She said this at the launch of 2015 State of the Public Service Report (SoPSR) in Accra on Wednesday.

The 2015 SoPSR survey, the second of its kind, focused on employees’ perception about various aspects of Human Resource Management, including leadership-employee engagement, Ethics, Values and Conduct, Training, Working Environment and well-being among others.

Supported by the World Bank, the survey, which was carried out among Public Service organizations, public servants and public service, beneficiaries touched on effective leadership, Human Resource Management and Transparency and Accountability.

According the Chairman of PSC, the report indicated that majority of respondents’ perceived corruption in PSO’s as fairly high but significant numbers of them were not aware of any sanctions available to punish offenders.

She said the report further disclosed that there was high prevalence of unfilled vacancies in PSO’s and that was a result of “austere government policies on recruitment”.

“These unfilled vacancies were also as a result of lack of succession planning, high attrition and scarcity of certain specialized skills in the job market,” she recounted.

Mrs Katsriku was not enthused with the lack of attention paid to the implementation of the Disability Act, noting that the Act relates to the work place environment.

She said it was important that adjustment in the work place were done to suit persons with physical disabilities to enhance their effective job performance.

The Chairman of PSC reiterated the need to also give more female adequate training to take up leadership positions.

According to her, training should not be conducted for only males in organizations, stressing that females also needed to be trained.

On Organizational Efficiency and Effectiveness, Mrs Katsriku pointed out that the report showed that because organizational structures had not been reviewed in the last five years, there was no charge in organizational mandate and strategic directions of organizations.

She said the report showed that some organizations had no service charters and client feedback mechanism.

“These findings, underlines the need for more serious efforts to be made to sensitize workers and organizations on the importance of service charters to guide their service delivery,” she said.

Mrs Katsriku appealed to leadership to hold durbars and retreats to give staff the opportunity to contribute to decision making for organizational cohesion.

According to her the 2015 SoPSR on employees no doubt revealed serious challenges confronting public servants in the performance of their duties and stressed the need for a concerted effort to address them.

“Some of the initiatives required to be undertaken would involve providing employees with all necessary human resource management policies, rules and regulations,” she said.

Mrs Katsriku pledged the Commissions’ commitment to work and it would collaborate with all stakeholders to ensure that continuous reforms and innovations in public service administration and management, in order to enhance performance and productivity in the nation’s developmental agenda.