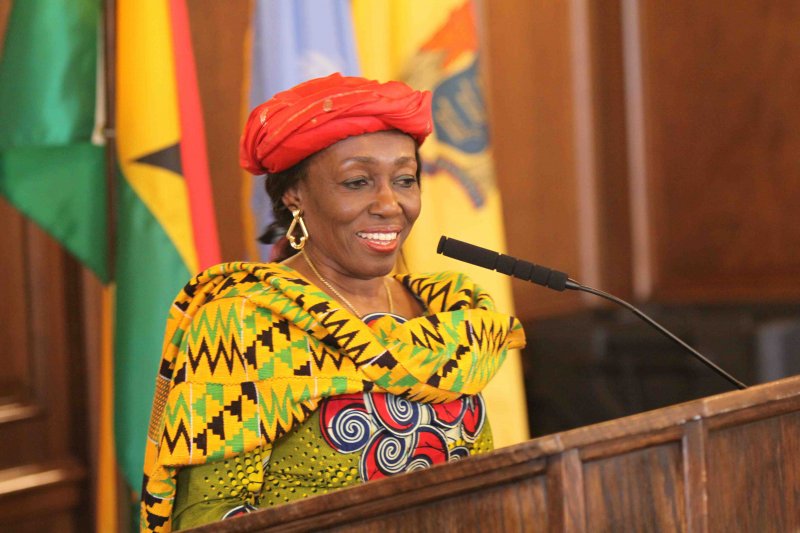 Former First Lady Nana Konadu Agyeman-Rawlings has said she will pull a “miraculous victory” in this year’s presidential poll.

“We’re working very hard on the ground so trust me you’ll have a miracle on your hands,” the founder and flagbearer of the National Democratic Party (NDP) told Multi TV on Monday.

Asked why she was so confident of victory, Mrs. Agyeman-Rawlings said: “Because I know, I feel it… I am sure because I have a track-record: I won’t lie to people, I won’t steal from them, I’ll make sure that the right things are done”.

The former First Lady, whose husband, former President Jerry John Rawlings, founded the governing National Democratic Congress (NDC), broke away from the NDC ahead of the 2012 elections over disagreements with the Mills-Mahama administration at the time.

Mrs. Agyeman-Rawlings’ first attempt at the presidency in 2012 got botched after the Electoral Commission disqualified her party for failing to garner the needed endorsement for her candidature. She was recently acclaimed flagbearer of the NDP to contest this year’s upcoming polls.

Mrs. Rawlings has been a staunch critic of the Mahama administration.

She recently went on social media to rally Ghanaians to vote President Mahama and the NDC out of office over ‘killer’ electricity bills.