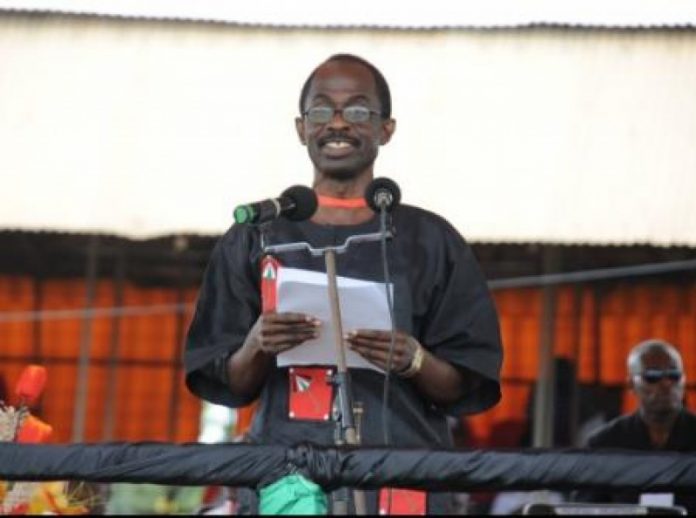 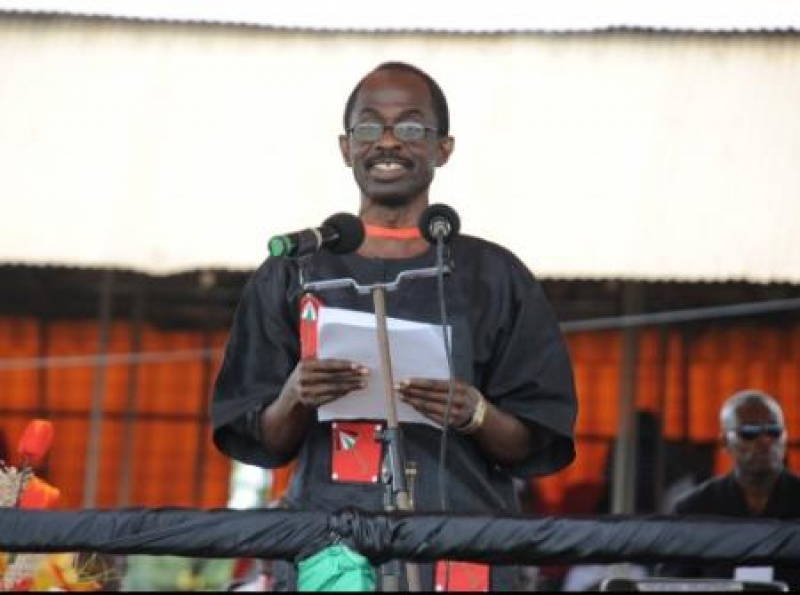 The General Secretary of the governing National Democratic Congress (NDC), Johnson Asiedu Nketia, has warned Ghanaians against voting for the presidential candidate of the opposition New Patriotic Party (NPP).

According to the NDC scribe, a vote for Nana Akufo-Addo is akin to “handing a machete to a madman.”

Addressing the party’s supporters in New Juaben South constituency of the Eastern region, Wednesday, Mr Nketia said this year’s election is about a choice between stability of the country and violence.

He said: “Going into the 2016 elections, we in the NDC choose unity, stability and development for Ghana. So, if you give power to someone who believes violence is the way to go, someone who said he showed us something small in Atiwa, and is bringing ‘all-die-be-die’ then it’s like handing a machete to a madman. What will he do to you? He will use it to hack you to death.”

“So my brothers and sisters, the power is in your hands, if you don’t hand it to him, he can’t hurt you with it. But if you fall for his deceit and give him the power, then you’ll have him to contend with,” he added.

Mr Nketia further entreated electorate not to fall for the numerous unrealistic promises of the NPP.

He said Akufo-Addo and his running mate, Dr. Mahamudu Bawumia, will say anything just to secure power with no intention of fulfilling them.

“Please ignore all the phantom promises they go round making. Take Nana Addo as a man who will say anything just for power and Bawumia as a man who will give any lecture for a similar purpose. My brothers and sisters there is a saying that a woman who will not stay married for long does not replant cassava after harvesting,” he pleaded.