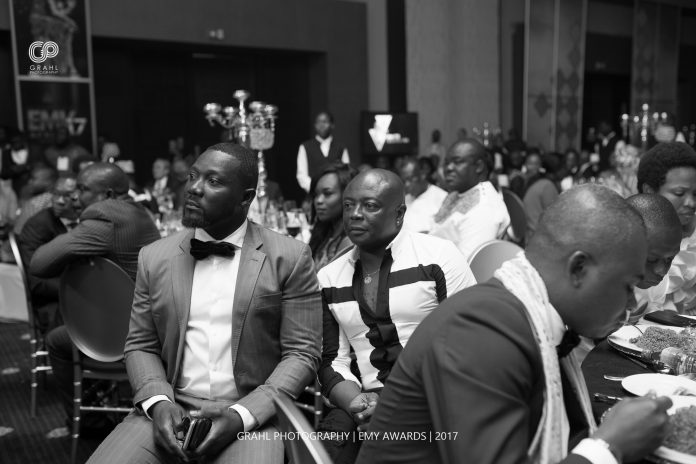 The 2nd annual ‘Exclusive Men of the Year’ (EMYs) Africa Awards 2017 was held yesterday, June 24, 2017 at the Kempinski Goldcoast Hotel to recognize and celebrate the great achievements by Ghanaian men who have excelled in various areas such as business, education, arts, fashion, technology and communication.

1 of 29
The flagship award of the night, the Ultimate Man of the Year went to Dr. Kwabena Duffour, former Minister of Finance and Economic Planning. Joe Mettle continued to shine as he also beat Stonebwoy, Lilwin, Shatta Wale, DJ Black and Kofi Asamoah for “Man Of The Year Entertainment”, while media and fashion mogul, Kofi Okyere Darko (KOD) went home with the award for “Fashion Designer of the Year”.

The star studded event was hosted by Kafui Dey and Jocelyn Dumas, with outstanding performances from Freddy Meiway, Osibisa, Efya and Irene Logan.

Man Of The Year Communications – The Pav Ansah Communicator Award

Man Of The Year Entertainment

Man Of The Year Sports

Man Of The Year Style

Fashion Designer Of The Year

Discovery Of The Year