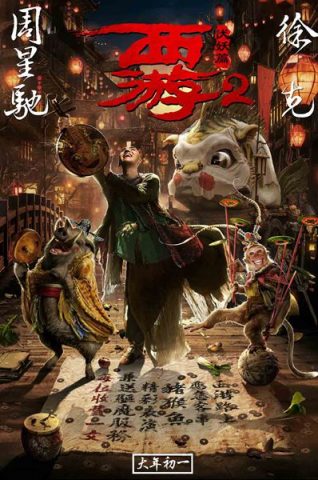 Poster of the film “Journey to the West: The Demons Strike Back.”

Box office from Jan. 27 to Feb. 2 exceeded the 2016 Lunar New Year holiday figures, which stood at 3.08 billion yuan, according to the State Administration of Press, Publication, Radio, Film and Television.

“Journey to the West: The Demons Strike Back,” produced by renowned Hong Kong comedian Stephen Chow and directed by Hark Tsui grossed the most, taking 1.153 billion yuan over the holiday.