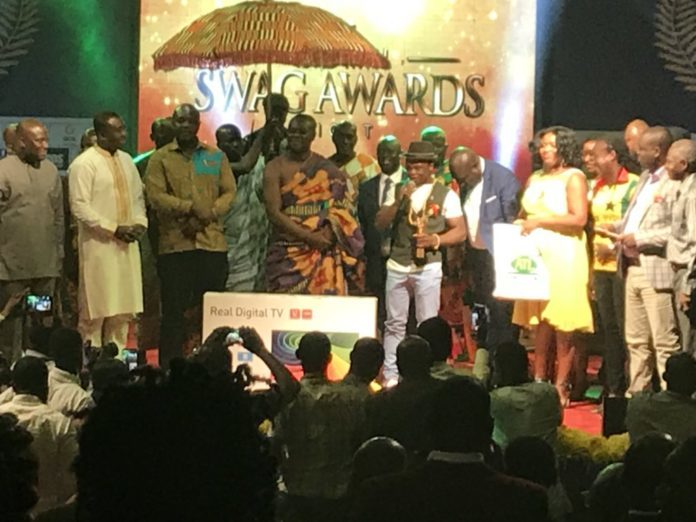 The awards which came off at the International Conference Center saw the 23 year-old boxer (youngest world champion) claimed the ultimate award.

The 2012 Olympian also won the Professional Boxer of The Year beating off competition from Duke Micah.

Last week, he became Ghana’s nineth world champion by stopping then champion Jessie Magdaleno in round 11 to win the WBO world super bantamweight belt.
Osagyefo Oseadeyo Agyemang Badu II, the Paramount Chief of Dormaa Traditional Area, was the Special Guest of Honour at the 43rd edition of the Sports Writers Association of Ghana (SWAG) Awards Night.
Here is the full list of winners

Illegal miner given 15 years over robbery

Dogboe in contention for another world title shot after edging Diaz

Britain: Around 43,000 may have been given wrong Covid test results