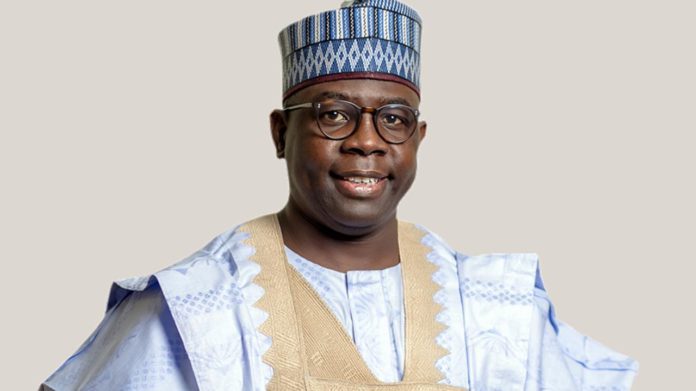 Gombe youths under the auspices of Gombe Vanguard for Good Governance have slammed the gubernatorial aspirant of the All Progressive Congress (APC) in Gombe State, Muhammed Jibrin Barde for what it called his ‘unfair attacks  on the affairs of the Gombe state government all in a bid to score cheap political points’.

The group which issued the statement through its Chairman, Comrade Sani S. Kabiru said, they wondered why Barde who is being teleguided by Danjuma Goje, a person whose history of bad governance is legendary will have the moral standing to call out anybody on issues of Governance.

“Birds of a feather they say flock together. What’s the guarantee that Barde not trying to gentrify and renew political thuggery in the state politics as  created and nurtured by his benefactor’s administration before it was outlawed by the present administration of His Excellency, Ibrahim Hassan Dankwambo?

“It’s quite disheartening and disparaging that, after the state has successfully ridden itself of the shenanigans of the Kalare Political Thugs and unburdened itself from the hitherto politics of intimidation, browbeaten and boorishness, Goje and Barde are applying an orchestrated plan to plunge the state straight back into that loathsome and ugly trend.”

The statement accused Barde of denigrating the institution of government for personal and selfish reasons, saying such ungodly habit will only put him at a disadvantaged if not disqualify him completely from occupying such position, saying any one who doesn’t respect and protect the image of the seat of the governor, does not deserve to sit on it.

“We all knew how they connived and leased the state government properties at paltry and derisory prices and am sure the anger they are directing at the incumbent governor is not unconnected with his refusal to grant their principal, Goje the right of way to continue mortgaging the future of the state with his underhanded and shady practices. Since the government of the day blocked the suction pipe from which they siphoned our shared patrimony, they built an arsenal of animosity against him but all their evil plans will fail.

“Let me assure them that, the people of state have positioned themselves to resist all their antics, to reject them in no less a unanimous and overwhelming fashion as they did in the 2015 polls. Never again will Gombe bẹ brought under the direct or indirect control of Goje whose domineering rule of intolerance is feared even by his friends.

“The people of Gombe are ready for them in 2019 especially as we can’t afford someone whose parent’s biological days of yore are nothing to write home about,” the statement said.