Mr.Musah Iddrisu,a branch chairman of the National Democratic Congress for the West Gonja Hospital polling station in the West Gonja Municipality of the Savannah Region has supported the party’s campaign with motorbikes.

In addition,he supported the Constituency Communication Bureau with radio sets.

The youngest branch chairman further pledged to support the part with 100 pieces of plastic chairs.

He said his intention is not only to motivate the youth,but empower the base of the party with the necessary logistics interms of machinery to deliver victory for the party,adding that,”I am even more encouraged by the enthusiasm of the youth to do more”.

The branch chairman,who is lauded for his continuous support for the party in the area encouraged the youth to work hard to secure a landslide victory for former president John Dramani Mahama and retain the incumbent MP in power for a consolidated development.

According to him,the suffering masses are yearning for the return of the messiah,”John Dramani Mahama,”who brings renewed hopes to Ghanaians and pledge his full support financially, logistically and personally to ensure the party succeed in rescuing the people of Ghana from the incompetent hands of the Akuffo-Addo led NPP government come December 7,2020.

The Constituency Chairman of the party,Mr.Sulemana Abdulai was full of praises for the branch chairman.

He commended him for the kind gesture, stressing that it has been a long time they have seen such benevolence from a grassroot supporter of the party.

The chairman,who is affectionately called “trouble” called on capable members of the party to emulate the good example of the branch chairman and come to the support of the party.

The youth organizer of the party at the Canteen Primary polling station,Mr.Abdulai Seidu Sumaila thanked the chairman on behalf of the youth, noting that such support is usual of him.

He pledged the youth were going to put the motorbikes into good use and work very hard like never before to ensure the party comes back on power.

He further prayed for the branch chairman, adding thet,the youth are always behind him.But like Oliver Twist,he requested for more support and encouraged other people to come on board and support the electoral area with such logistics and machinery support.

It can be recalled that the said branch chairman,Mr.Musah Iddrisu among others, supported over 100 residents of Damongo leaving in Techima to come down and register during the voter registration exercise. 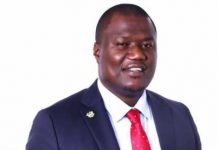