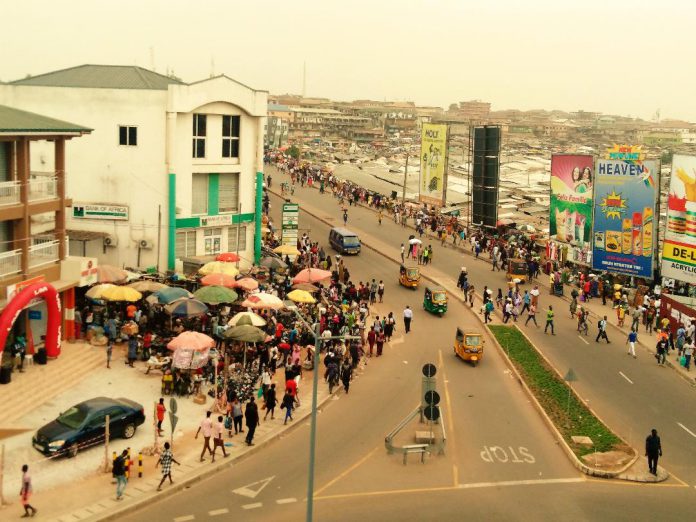 A GNA feature by Kodjo Adams

Ghana will begin its third Population and Housing Census on Sunday, June 27, to gather data to assist effective decision making in the public and private sectors.

The census will also help government to formulate policies and programmes to spur economic growth and development.

The Census, which was planned for 2020, had to be delayed because of the outbreak of the Coronavirus pandemic.

The country has been conducting decennial censuses since 1891. The first census in the Gold Coast was conducted under the British colonial administration.

Subsequently, Censuses were conducted every 10 years except for 1941, where the World War II prevented the conduct of a census.

According to the Ghana Statistical Service (GSS), there have been five post-independence censuses conducted in the country.

Ghana has experienced rapid population growth over the past few decades.

Currently, the country’s population is estimated at 30 million.

Already, activities, such as the training of enumerators and the listing of structures have been undertaken.

The GSS organised virtual and in-person training for trainers and district data quality monitors for the country’s first digital Census.

An important phase of the 2021 PHC began on June 13, 2021 during which officials started the listing exercise to identify and number all structures.

An enumeration phase to enumerate (count and collect information on) all persons will start on June 28 after the Census night on 27 and a post-enumeration survey to evaluate the Census.

Some of the publications planned to report the findings are a summary report of results, analytical reports (national, regional, and district reports), thematic reports, national gazetteer, administrative report, and policy briefs.

Mr Owusu Kagya, Head of Census Methodology work stream, said the exercise would optimise the digital space involving the use of tablets for data capture instead of traditional paper questionnaires. Geographic Positioning System (GPS) would also be used to capture the location of all structures.

It also involves the use of interactive area maps for accurate identification of enumeration and supervision areas.

“It has advanced data quality assurance procedures, including the use of real-time data quality monitoring and enumeration tracking dashboard for complete and accurate data”.

“The questionnaire has been expanded to include comprehensive information on key areas to support the tracking of Sustainable Development Goal (SDG) indicators, such as housing and living conditions, water and sanitation, and difficulty in performing activities on daily living,” he said.

The GSS said the exercise would provide the country the total number of persons and housing types and their characteristics.

It will provide important information to support evidence-based implementation of the national development agenda and support the tracking of achievements of the Sustainable Development Goals and Agenda 2063 of the African Union.

The Census will provide a comprehensive and reliable data to inform good decisions by assisting public and private sectors to formulate policies and programmes to spur economic growth and development.

It aids Central and Local Governments in development planning, such as the provision of pipe-borne water, construction of roads, schools, hospitals, and other social services.

The Census will update the socio-demographic and economic data in the country and ascertain changes that have occurred in the population structure since 2010.

The data collected on socioeconomic and housing conditions will allow for the identification of vulnerable individuals, groups, and households for targeted policy and programme interventions.

The data from the housing census will also have commercial uses to assist the construction industry, institutions involved in housing finance, and manufacturers of housing fixtures and equipment to make realistic projections.

It will help to monitor and track the progress that has been made as a nation, while the International organizations, including Development Partners and Non-Governmental Organisation, will also utilise the Population and Housing Census data when planning for Ghana.

Some of the achievements of the exercise, according to GSS, are the delineation of the entire country into almost 52,000 Enumeration Areas to facilitate complete coverage.

Also, the use of ancillary geo-spatial data layers (satellite imagery, building footprints, scores of difficulty) to validate and complement the Census mapping work (including use of interactive maps).

It has also conducted virtual and face-to-face training and certification of Master Trainers and the mobilisation of technical assistance and partnerships to strengthen the GSS staff capacity to optimise the use of various technologies and methodologies.

The Service has compiled a list of over 131,000 localities across the country. and organised internal education and sensitisation of its Staff.

President Akufo-Addo has rallied Ghanaians to avail themselves to be counted.

The President said the exercise was to achieve complete coverage of all structures and persons in Ghana, which was in line with the “Leave no one behind” agenda of the United Nations Sustainable Development Goals.

The President said the exercise was purely a national project devoid of partisanship, hence the need for all citizens to be actively involved.

He said all strategies have been finalised and were waiting for the day of the exercise to start, urging all and sundry to stay home on the night, which will become the reference point for Census.

The slogan for the 2021 PHC is, “You count, get counted”, with the aimed for comprehensive coverage to ensure that no one is left behind.