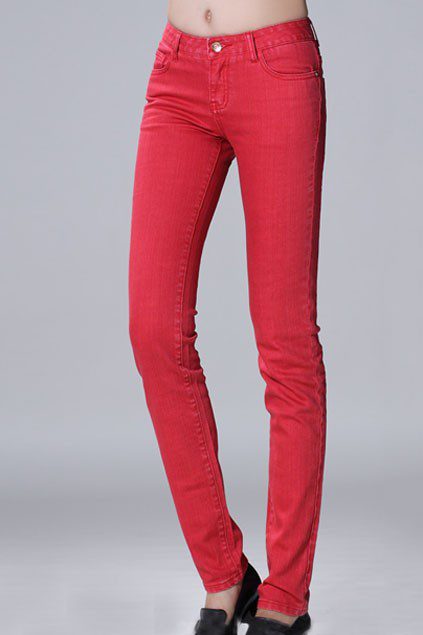 Many young people of the 21st century have taken artist and other drugs dealers as role models why because they think they are fashion models, stinky rich and drive on very expensive cars. It very common for people to refer to them as their role models even though they never met them in their life, they mimic their persona, dressing etc. that they would like to have and therefore affect them in their life.

Nevertheless, beauty connotes something delightful, quality which is pleasant to human sense. You might call it physical liveliness. Something beautiful means it?s lovely, good looking or attractive. We ought to understand that almighty Allah created beauty; he created everybody beautiful so I ask why do we want to look on the other side of beauty which is devilish and doesn?t please God? Before you put on any dress, then you need to ask yourself, what is the motivation for my dressing, my public appearance, who I am trying to please, what admiration or commendation people may have for my dressing or appearance is inconsequential as long as it is not approved by God, whatever criticism, distain or mockery that people may have towards you as a result of your modest dressing is unimportant as long it?s approved by God. The stimuli that your appearance has on other say a lot about you or who you are. This is why before you put on any dress; you will need to ask yourself some questions. What impact is my putting on of this cloth going to have on the opposite sex, will it make them lust after me in their minds, is anything or any part of my body showing or revealing which will make the opposite sex begin to lust in his or her mind just by looking at the way I have dressed.

Some mode of dressing in the name of fashion are indecent, indiscipline and immoral,NOT MODERNIZATION. Indecent dressing involves various forms of sexual abuse and harassment which are prevalent in societies. Some get mixed signal and believe that people want their progresses by the way they reveal their bodies, disremembering that it?s our pride and we must protect it. Africa for that matter Ghana, we have a rich culture, and we must protect it with dignity.Decent dressing is part of human life because it elicits respect and protects the person dignity. While the antonym is indecent dressing, is a social malady that ridicules the person and is likely to shock or irritate people. It exposes parts of the body usually sexual organs which normally should be covered. Decency by student, workers, celebrities etc. attracts respect from colleagues, and most importantly can go a long way to protect you from being a target of rape, sexual harassment and scandal whereas indecent dressing has adverse effect on a person, it bring hatred, disrespect from people. Good dressing magnetizes respect in any environment you found yourself in, most victims of rape on campuses and the societies are indecent dressers, and they are seductive. This habit is traceable to all age group in the society but common among the youth. In Ghana, most young ladies and men are exposed to western media. Most celebrities wear tarred jeans with holes and tight fitting shorts. Some even wear pants while on stage. Unfortunately, this lures under-age children to engage themselves in indecent dressing. But the big question is, is that the way those they mimic actually dress in their everyday life?

Over exposure to popular culture through various media and movies are the main reasons for the menace of indecent dressing. If you go to the campuses of various institutions of higher learning you will be astonished by the mode of dressing by students. That is why our learning institutions should have a remedy to curb this problem. Martin Luther King Jnr said ?I am afraid that the universities will prove to be the greatest gate to hell unless they diligently labour to explain the Holy Scriptures and to engrave them upon the hearts of the youth?. ?Most ladies appear half naked all in the name of fashion, some wear mini-skirt while others wear tight jeans, small tight tops, some even wear top as gown exposing there vital parts, querying the quintessence of that. The basis of dressing historically started from Garden of Eden where Adams and Eve used leaves to cover their nakedness from that time dressing become part of human beings. The holy Quran also stipulate that ?tell the believer to lower their gaze and guide their modesty?. This indicates that dressing is part of our life as both Christianity and Islam prescribe how to dress. One must be mindful of dressing because your dressing determine who you are, where you are coming from and how responsible you and your parents are. In the course of interview and recruitment a good number of students and graduates fall short admission and job opportunities because of indecent dressing.

You will see a guy looking very funny, putting on an undersized and very tight penciled jean and pairing it with a tee-shirt made for a six years old child in the name of fashion, others wearing jeans while their inner-wears/pants are showing. We should look into these problems because it is getting worse by the day. It?s even ashamed when you see celebrities and socialites dressing so indecently, they seems not to know that they are role model to people with the thing they do including dressing. Parents also have roles to play, they should train up their children properly, inculcate values in them, let them know what is good and what is bad. Make them understand that, what they see as beautiful may not be beautiful. There are certain dressing once given to a child can never be erased or influence by society.

Decent people, good people, morally upright people can be tempered or seduced by the indecent dressing they see or look at. Satan inspire such dressing, pop stars, fashion designers, models and entertainers may applaud that kind of dressing but almighty Allah never approve that.