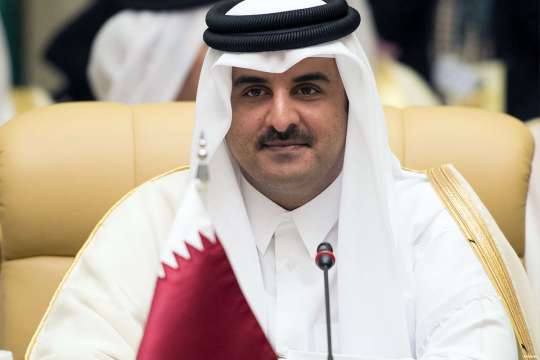 The Amir of Qatar, Sheik Tamin bin Hamad al-Thani, has called on world leaders to help halt the imbalances in the system of governance that tilts against the poor and the vulnerable wherever they are.

He said: “There is no doubt that there are many difficult challenges that humankind is going through but there are also an abundance of goodness, beneficence, sincerity, determination and innovation that can be relied upon to assist in that direction.

“We must all commemorate goodness and human achievements wherever they are found.”

Sheik Hamad al-Thani was addressing the 2019 Doha Forum, attended by over 3,000 delegates including more that 250 speakers from across the world.

The annual meeting, established in the year 2000, is organised by Qatar, and her international partners, to deliberate on diplomacy; dialogue and diversity – to promote the interchange of ideas and discourse, policy-making, and action-oriented recommendations, something seen as critical for a world where borders are porous and the challenges and solutions also interlinked.

For the 2019 edition, participants examined the overarching theme of “Reimagining Governance in a Multipolar World,” where governance, refers to questions of power, legitimacy, how public goods are provided in a society, and the mix of public and private action needed for effective problem-solving.

The delegates’ addressed issues including, “Paths to Peace, the Unwinding Africa’s Proxy Wars: Libya and the horn of Africa, A look ahead at investment in 2020, Business leadership for positive impact and Preserving Human Rights in in times of Crisis”.

Sheik Hamad al- Thani recalled the concepts of building a formidable international community, international legitimacy, joint responsibility and multilateral action which were on the rise in the recent years and said it was a paradox how things were today.

He added that the sources of defects that prompted people to lose faith in the efficacy of the existing global systems and mechanisms, including double standards, needed to be addressed.

Sincere efforts should also be made in propounding ‘new visualisation for the future”.

“As you know, there is close correlation between poverty, wars and the aggravation of asylum and immigration issues.

These problems cannot be solved without coordinated international efforts and shared visions.”

Sheik Hamad al- Thani catalogued numerous initiatives by his government to minimise challenges confronting the needy in other parts of the world and said, “we in Qatar, have committed ourselves not to just criticise this situation but rather try to contribute to answering these questions even if only partially”.

He announced that Qatar had allocated US$100 million to small island states to cope with climate change and pledged to support the education of one million young girls in conflict areas by 2021.