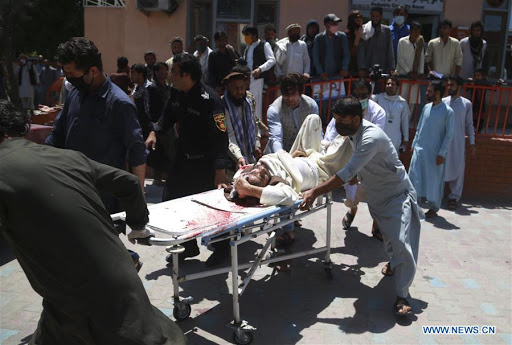 Twenty-four civilians were killed and 68 others wounded in a suicide bomb explosion at a funeral in Afghanistan’s eastern province of Nangarhar on Tuesday, the country’s Interior Ministry said.

“Terrorists conducted a terrorist attack against the funeral of commander Shaikh Akram in surrounding areas of Kuz Kunar district, Nangarhar province, at around 11:00 a.m. Tuesday.

As a result 24 civilians were killed and 68 others wounded,” the ministry said in a statement. Akram was an anti-militant figure in the region and was heading local pro-government militiamen, who have been fighting militants.

He died Monday night from a heart attack. The ministry strongly condemned the attack and described it as an inhuman act, according to the statement.

No group has claimed responsibility for the attack so far. Militants of both the Taliban outfit and Islamic State (IS) group have presence in the mountainous province.

Afriyie Akoto Is The Best For The Presidency – Concern Grassroot Patriots