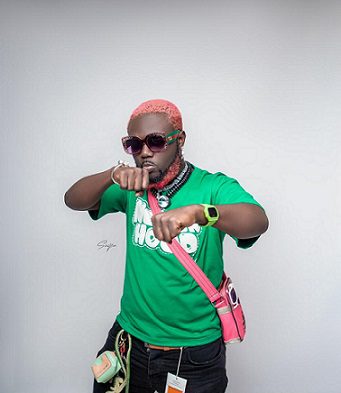 According to the music sensation, he has produced more hit songs during the year under review and deserved to be adjudged the Artiste of the Year due to his consistency.

In an interview, the “Fa No Fom” hitmaker revealed that he had toured the entire country of Ghana, performing at more shows than any other artist.

“Last year alone, I performed at more than 200 shows nationwide, and I don’t think any artiste in Ghana was able to do that.

“I received positive feedback from the fans, and that demonstrated to me how my music was very popular. So I will be disappointed if I don’t win Artiste of the Year,” he said.

DJ Azonto adjudged Most Promising Artiste of the Year

DJ Azonto shows love; as he sprays loads of cash on Abochi