An Accra Circuit Court has granted bail to 26 Togolese nationals arrested for conspiracy to commit crime to wit failing to notify police and demonstrating in Accra. 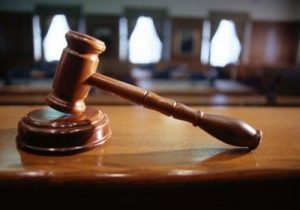 The accused persons were granted bail in the sum of GH¢10,000.00 each with one surety each to reappear on November 13.

The State said on October 28, at about 9:15am, the Greater Accra Regional Police Commander had information that some Togolese Nationals and their Ghanaian counterparts dressed in red attires and headbands converged at Kawokudi Park near Nima and started demonstrating against the Togolese government.

It said some of the demonstrators were riding motorbikes recklessly at the Nima highway, thereby posing security threat to the public.

The Prosecution on the receipt of the information, the Regional Police patrol teams were dispatched to the scene.

It said on seeing the police, the demonstrators took to their heels but they were pursued and 26 of them were arrested and later charged.
GNA/Newsghana.com.gh