Professor Kwesi Yankah, Minister of State in charge of Tertiary Education, has expressed concern about the paucity of research data for development planning in many African countries including Ghana.

He urged graduates from the Ghana Institute of Journalism’s Graduate School to endeavour to add value to the nation’s planning through their through research.

Prof Yankah said this at the second graduation ceremony of the GIJ’s School of Graduate Studies and Research (SOGSAR) in Accra on Saturday.

“…where planning in 20th century Africa was fed on empty data, here we come with tools that can change the destiny of this country, the destiny of journalism and communication,” he said, in reference to the graduates.

Prof Yankah said African governments gave the sense of planning based on conjecture instead of reliable data, with journalists having to reach out to sources outside for information about their countries.

“It amounts to going beyond yourself to get information about yourself,” he noted.

The event was held under the theme: “The role of communication in bridging the gap between academia and industry”.

Prof Yankah said the disconnect between academia and industry was due to a lack of synergy between both parties.

To address this, he said, there is the need for institutions to talk to each other, understand each other, enter each other’s world and act with one accord.

Prof Yankah said while there was unemployment at various levels, some employers were looking for good calibre candidates and those that they will have to retrain.

He said that graduate training should help address unemployment as it took students to higher levels where they seek to impart the knowledge they have to younger ones.

Professor Mohammed Salifu, Executive Secretary of the National Commission on Tertiary Education (NCTE) and stand-in chair of the GIJ Governing Council, which is yet to be fully constituted, said government was in the process of constituting new Governing councils for public tertiary education institutions.

“…it would not be long before the Ghana Institute of Journalism has its own full-fledged Governing Council in place,” he said.
Prof Salifu commended the GIJ for its strides in finding a niche area in Communications and also for its graduate and research programmes, but urged academic staff to engage more in research as it was the bedrock of academic excellence.

He said the graduate and research programmes provided a medium through which the university could create new knowledge and innovations to address societal problems and to demonstrate its relevance to the national economy.

Prof Salifu also pledged the NCTE’s support for the University and advised faculty to use their book and research allowances as intended.

“A national research fund is also in the offing to provide the resources for competitive research into key areas of national policy,” he said.

Dr Wilberforce Dzisah, Rector of the GIJ, commended the second batch of graduates for their patience and tolerance in enduring the ‘pain and agony of waiting all this while to be graduated’.

He said the GIJ’s graduate programmes have gained popularity and influence, with the number of applicants admitted increasing from 135 in 2015 when the programme started, to 243 students expected to start in September 2017.
“The rapid growth is matched by the quality of faculty available…95 percent of those engaged at the postgraduate level have terminal degrees (Ph.D),” he said. 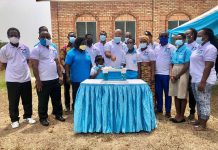 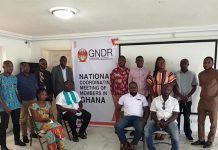