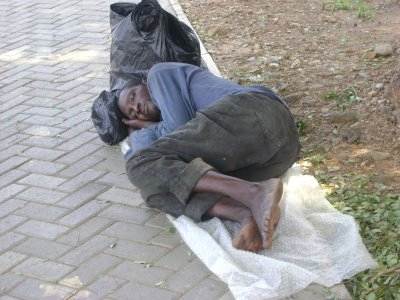 It is estimated that 3.2 million of Ghana?s population now is likely to experience mental illness, with up to 2.4 million of them needing some form of treatment. World Health Organization in 2001 estimated that up to 13% of any population worldwide will experience mental ill-health in life time and if this is something to go by then about 3.2 million people in Ghana are likely to experience mental ill-health looking at the current population of over 24 million.
In an interview in Sunyani, the Founder/CEO of Global Media Foundation, human rights and anti-corruption media advocacy organization, Raphael Godlove Ahenu Junior, stressed the need for government to prioritize mental health services in the country.
He noted that mental health care is often one of the lowest health prioritizes for low-income-countries and Ghana is no exception.
According to him, even though the health status of Ghanaians has generally improved over the last few decades, however the status of mental health is not encouraging.
Mr Ahenu Junior, who is a human right crusader, continued that mental health facilities and services have not improved enough over the years to keep pace with the growing population.
The CEO pointed out that the Mental Health Decree of 1972 was not fully implemented for lack of commitment.
?He said if it had been fully implemented there would have been a mental health tribunal and visiting committees which could have overseen and ensured improved mental health services in the country.
He said although the health budget is reported to have more than quadrupled over the last few years, allocation to mental is still disappointingly low.
Mr. Ahenu Junior lamented that funding for mental health has been poor, saying Ghana?s mental health budget is estimated to be 3.6% of the health budget.
The Human rights crusader, further said stigma and discrimination associated with mental illness are the greatest constraint to effective policies and services that comprehensively address the disorders.
This, he noted has equally affected availability of human resources, funds and other resources to improving mental health care and services in Ghana.
In his view, stigma and discrimination associated with mental illness is due to inadequate information and knowledge about the facts of mental illness and added that his foundation is designing a strategy to embark on public campaign at reducing stigma and discrimination against people with mental disorders.
Send your news stories to newsghana101@gmail.com and via WhatsApp on +233 244244807 Follow News Ghana on Google News

The Threats Of Mental Illness (ES) On Societal Wellbeing