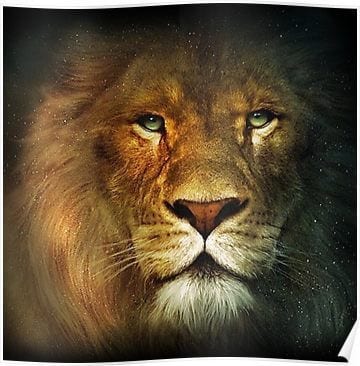 Anything that prevents the gospel from flourishing is what I’m calling an attack. The attacks on the gospel, I suspect, are many but I’ve chosen to deal with three of them.

Attack 1. On the imagination

The imagination is on serious attack. With images, videos, stories, books, and so on, the Christian is bombarded daily with contrasting concepts to their worldview. Myself, I experience this daily. My twitter page never seize to reveal concepts that contradict my worldview. No one is left out; the internet is likely going to greet you tomorrow with concepts that are contrary to your worldview. Pornography is on the rise, as it is contrary to what we believe about sex. Jesus appealed so much to our imagination when he told us parables about the nature of God’s kingdom. It is this same appeal that’s been used today to describe contrasting concepts for us. If they can get these concepts to you, they can make you redefine reality with them. And when they do that, you’re bound to commit a sin. They’re producing all these seductive concepts just to make you sin. Romance novels/films are a powerful tool. They use it to appeal to your sexual desires while weaving a definition of the world, which, oftentimes, is contrary to yours, through it. This is serious. We may not realize the impact because of how they present these concepts. They’re often presented in ways that seem less harmful to us. But they have the power to change how we perceive the world. That’s why Jesus was a master at engaging our imagination. His parables tells us a lot about the world and God’s kingdom. It is his definition we hold of reality, the reality world is trying to attack.

Attack 2. On our weakness

If there’s any other serious attack on the gospel, it is in this area of our weakness. God came to us at the point of our weakness, drawing us close to himself through it. The attack, on the other side, gives us everything to help us through our weakness but God. If a man’s weakness is seeing naked women, they simply tell him to avoid them. That’s nonsense, considering the fashion trends and adult videos we have today. As good as this advice may sound, it does little to change you and the corrupt system around you. It has no room for you when someday you make the mistake of looking at a naked photo somewhere. On the contrary, the gospel has. God loves us even with our weaknesses and is willing to forgive all the mistakes we’d make while he’s teaching us through them. The world doesn’t make this provision for us. It provides you with what would make you ultimately reject your weakness and treat it as a separate part of you. It’s no surprise at all that many people feel mostly rejected when they’re weak. I think the reason they feel that way is they’ve held on to what the world offers. When a man’s weakness is in the area of his emotions, the world would respond by counting him odd. He may drink or smoke just to unite his weakness to his other self. However, what drinking or smoking does is to separate you from your weakness not unite it. But that’s the answer the world gives as against the gospel, which unites your weakness through God’s love and forgiveness. Most people would rather have their weaknesses separated from their other self than have it united. I don’t blame them though.

God wants to have a relationship with you, but the world doesn’t want that for you. So it attacks the gospel by giving you a kind of substitute. It replaces intimacy with sex and lonely feeling with ‘get-a-boyfriend!’ Although these replacements bring meaning to our lives, they are often short lived. If you’ve watched the movie Acrimony, you’ll appreciate the truths I revealed about it. Read here. Relationships give meaning to life. What that means is that life makes sense when things, in broad sense, or people are connected. The reverse is true. That life wouldn’t make sense when things or people are disconnected. While the gospel brings connectivity to all our diversities, the world tears it down. There’s no relationship between the accidental origin of the universe and morality; they both do not connect. There’s no relationship between having a boyfriend and knowing who you are; they both do not connect. But these are the kind of relationships the world tries to give us by all means! No wonder our technological advancements are so destructive; the WhatsApp that we thought would connect us to one another isn’t really doing that. I’m amazed.