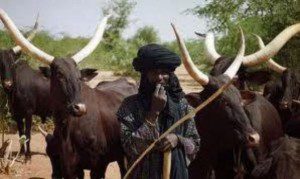 Three Fulani herdsmen were found dead in a town in the Eastern region following what police have described as a possible reprisal attack.

Of the three bodies found, one which was male had been beheaded. Two others were found in a nearby village which also showed that there was an attack on them.

Deputy Public Relations Officer of the Eastern regional police command, ASP James Abass in an interview said ?there has been an age old battle between settler farmers and Fulani herdsmen and what we are suspecting is that these Fulani men were killed because the town folk think they killed a man in the village.

?A few months ago a man died in the town and the town people have had issues with the Fulani herdsmen so they automatically thought it would be the herdsmen so they were attacked. We have started investigations into the cause of this.?