At least 32 UN personnel were killed in deliberate attacks in 2016, mostly peacekeepers, the Standing Committee for the Security and Independence of the International Civil Service of the UN Staff Union announced Tuesday. 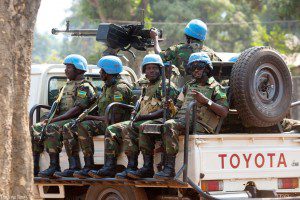 Farhan Haq, the deputy UN spokesman, told the daily news briefing that the union said that those who were killed include two security guards, one civilian staff member and one contractor.

For the third year in a row, in 2016, the greatest loss of life was recorded in Mali, where at least 23 personnel were killed.

In the past five years, almost 240 United Nations personnel have died in deliberate attacks. Enditem