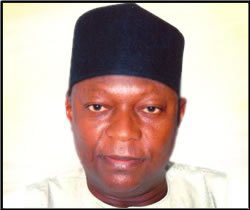 The Nigeria Social Insurance Trust Fund (NSITF) has raised a committee to ensure the payment of 33% pension increment to its retirees.

Managing Director of NSITF, Munir Abubakar, who disclosed this in Abuja on Tuesday, after a two-hour meeting with the protesting former workers, said the decision to picket the premises was borne out of misunderstanding of how pension administration works.

Abubakar said that ?The meeting has disabused the distrust that our retirees have against the management. Ever since this issue started over two years ago, we have been doing our best to ensure that we find amicable middle ground that will be acceptable to the retirees.

?I am, extremely, pleased that we have finally foundan amicable solution to the matter. The picketing of our office by the pensioners? union also afforded them the opportunity to see what the management has been doing and the efforts that have gone into resolving the matter?, he added.

He also lauded the team from the National Union of Pensioners (NUP) led by the Deputy National Secretary, Joseph Okunade, adding that the team, through the picketing, contributed to finding an amicable solution to the logjam.

?The NSITF is a big organisation and it is in the best interest of the Nigerian workers to create an enabling environment that will allow for smooth implementation of the Employees Compensation Scheme. I assure the retirees that management is always seeking for ways to improve their collective interest. The management sees the retirees as our ambassadors and, therefore, we cannot do anything that will harm their well-being?, he added.

Abubakar also stressed that the NSITF had never defaulted in the payment of pension to its retirees, maintaining that they are paid first before the serving workersevery month.

According to him, ?even when we were going through a tough period to the point of liquidation between 2004 and 2010, pension payment never stopped for one day. Why are we going to stop or delay payment of pension now that we have a programme we are running??

The eight-man committee would find waysof implementing the 33% increment while it would also look into the differences between the two factions and how the 1% check-off dues would be remitted. The meeting also agreed that there would be regular meetings between NSITF and the in-house pensioners? union.

The NSITF boss hinted that the proposal by the ex-workers to the management to pull out of the contributory pension scheme introduced by the Federal Government in 2004 would be challenged.

He added: ?The proposal by the ex-workers that the NSITF management should pull out of the contributory pension scheme may not be tenable because as a government parastatal, we have no choice but to obey government directive.

?The pension reform Act of 2004 does not give us any under which we can withdraw participation. Even our existence is tied up to that law. The establishment of the Trustfund Pensions Plc. was done in strict compliance to the Reform Act. To this end, we are going to discuss with Pencom on all the issues raised and I am sure we will find amicable solution at the end of the day?, he said.

The terms of Reference of the Joint Committeeinclude: Initiating the process of implementation of 33% pension increment; Initiating the process of implementation of payment of 58-month arrears at 33% pension increment; Looking into the issues raised by the pensioners in the letter dated 10th March, 2015 and Looking into the labour issue of the pensioners? union.

The committee also has the responsibility of looking into any other matter connected with the welfare of pensioners that is deemedto be within the purview of the Joint Committee to discuss.

On his part, Chairman, Nigeria Union of Pensioners NSITF branch, Mbazigwe Akonye, lauded the setting up of the committee and called on the management to ensure regular dialogue with the ex-workers with a view to jointly find solutions to pension challenges.

According to him, the union was ready to work with the management to ensure the implementation of the Employees Compensation Scheme.

GRA introduces e-platform for the payment of property rates