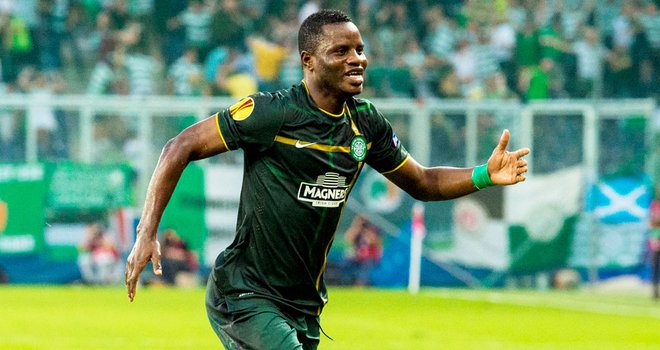 Mubarak Wakaso has been hospitalized in Russia with malaria

Medical authorities in the Russian state of Tatarstan have placed 36 players of Rubin Kazan under close medical supervision following the malaria contracted by their Ghanaian midfielder Mubarak Wakaso, GHANAsoccernet.com can exclusively reveal.

A special medical team of the state government?s health authority is also monitoring team officials of the Russian top-flight club after the Ghana star was diagnosed to have contracted the tropical disease.

Representatives of the health services have examined and disinfected treated the club?s hotel Korston of mosquitoes as players and officials live in the facility.

Doctors believe the player did not contract the disease in the Tatarstan region or Russia as cases of malaria are rare in the region and it is suspected he contracted it in Africa after recently holidaying in his native Ghana.

Wakaso is being treated at the Republican Infectious Diseases Hospital in Tatarstan and will be released only after a complete recovery with the government authorities fearing the disease could spread.

?Under the supervision is not only of players but also team officials,? head of sanitary protection of the territory of Tatarstan Rospotrebnadzor, Louise Borisov, said.

?Doctors are also assessing the daily condition of coaches, physiotherapists and other representatives of the football club who were in contact with Mubarak Wakaso.

?Tropical ? this is the most severe form of malaria, but the disease is not transmitted from person to person but we are taking the utmost measures to be on the safe side.?

It would be recalled that on July 23 Wakaso was hospitalized in Kazan with a relapse of malaria.

Tatarstan marked as one of the places in Russia where mosquitoes can be found, but in recent years their presence in the region has been rare. Since 2007 the region has not seen a single case of malaria.

Wakaso felt pain and sore throat before reporting to the team doctor.

The player was hospitalized to the Republican Clinical Infectious Diseases Hospital and isolated.

According to Borisov, the footballer brought the disease from his homeland of Ghana. ?This is an imported case. Ghana is among the countries commonly affected by malaria,? ? she explained.

The press secretary of the Ministry of Health of Tatarstan Aigul Salimzyanova revealed that the footballer is on the mend following the intensive care he has received since being isolated.

?The patient?s condition is satisfactory, there is a positive trend,?said Salimzyanova.