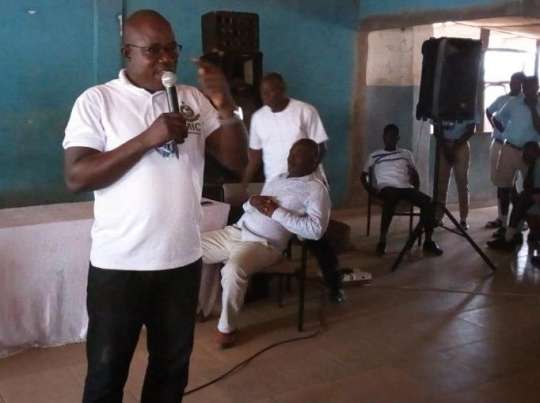 The Migration Information Centre (MIC) of the Ghana Immigration Service (GIS) said 377 female Ghanaians were deported from the Gulf States in 2017.

This was in a statistics received from Superintendent Haruna Alhassan, the Bono, Bono East and Ahafo Regions officer in charge of the MIC.

He said 547 were total deportees from Qatar, Saudi Arabia, Jordan, Oman, United Arab Emirates, and other Gulf countries in the year under review but 377 were females whilst 170 were males.

He revealed this in a presentation at a safe migration campaign held at Kyekyewere, an illegal migration prone community near Seikwa in the Tain District of the Bono Region on Wednesday night.

Supt Alhassan urged government to take up and deal with issues of irregular migration with keen concern to protect the image of the country on the international screen.

He said thousands of girls and young Ghanaian women between the ages of 20 to 30 years went under the disguise of domestic works, living in slave-like conditions and all kinds of abuses and they cry out daily for help in the Gulf States.

He added that, the victims were mostly Junior and Senior high school leavers from Ghana deceived by unlawful travel agents to go and work as domestic helps, store keepers and were made to over work, but their salaries were withheld by their employers and not properly fed and going through other maltreatments.

Supt Alhassan cautioned potential illegal migrants, particularly young ladies that the government had banned travelling to those areas; therefore, “every citizen must be careful they are not deceived by fraudulent travel agencies”.

The campaigning for a safe migration was on the theme; “Say no To Illegal Migration”, saying “Home Sweet Home”.

It was necessary because of the high rate at which young Ghanaians, particularly people from the three regions of the Brong-Ahafo were taking the risk to travel on the desert and the high Seas to Libya and Europe to seek for better living conditions, Supt Alhassan said.

He noted the situation was causing many people to lose their precious lives; hence, there was the need for the campaign and sensitisation to arrest the push factor of such hazardous voyages.
It was a collaboration of the MIC, Initiative Black & White Ghana and Germany (IBW) and the Sunyani Youth Development Association (SYDA) and the three institutions are educating the people on how to acquire passports and other necessary documents to travel safely.

The move was also to create self-employment avenue for the vulnerable ones in the society and the potential illegal migrants for them to acquire handicraft skill empowerment so that Ghanaian young men and women would get self-employment capabilities to create jobs for themselves and avoid discussions of taking such unsafe journeys.