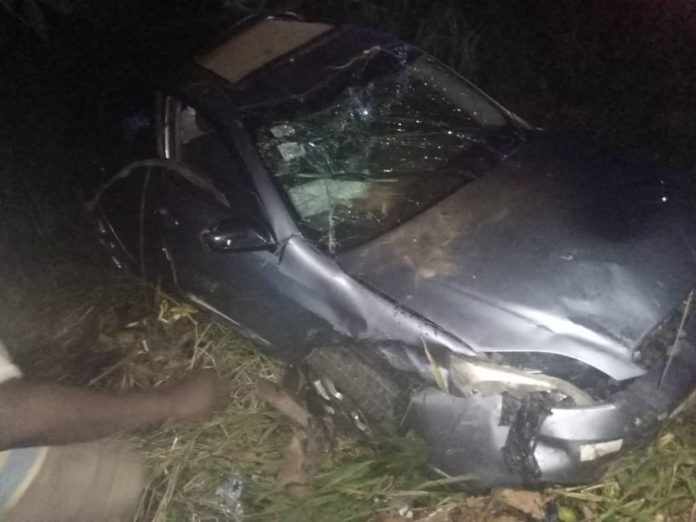 About 388 private vehicles were involved in road crashes in the Tema Region between January and May, 2021, Mr Tonny Dickson Afriford, a Road Crash and Injury Prevention Analyst has revealed.

Mr Afriford giving the breakdown said the 388 were part of the total number of vehicles that were involved in 545 reported road crashes in the Tema enclave during the period under review.

He was speaking at the Ghana News Agency- Tema Office and Motor Transport and Traffic Department accident prevention platform which aimed at using peer mechanisms for identifiable groups and stakeholders to reach their people with road safety messages.

He said out of these 25 persons lost their lives while 206 had various degrees of injuries.

On the part of commercially registered vehicle involvement in road crashes between January and May, 2021, he revealed that a total of 304 were involved comprising of 19 buses; 129 mini buses; 114 trucks; 39 taxis; and three others.

The Road Crash and Injury Prevention Analyst intimated that commercial vehicles road crashes in Tema Region during the period under review led to the killing of 27 persons while 312 got injured.

On the part of cycles, he disclosed that 136 motorbikes, one bicycle, and 19 tricycles had crashes between January and May 2021 which led to the death of 28 people and injuring of 149 victims.

Mr Afriford expressed with worry that due to a number of factors including of lack of road markings for pedestrian crossing, inadequate footbridges, and no school and hospital indications on Tema’s roads, 21 pedestrians were killed, and 38 injured in pedestrian knockdown

He said from the breakdowns, the overall total number of injured were 667 during the period while 80 were unfortunately killed adding that those who died involved nine and 57 males below and above 18 years respectively, while ten and four were females above and below 18 respectively.

Mr Francis Ameyibor, Tema Manager of the Ghana News Agency, on his part said there was the need for stakeholders who understand the statistics of road crashes to engage the public especially drivers and other road users on the staggering figures of crashes.

UN Boss Guterres Says His Next Car Will Be Electric