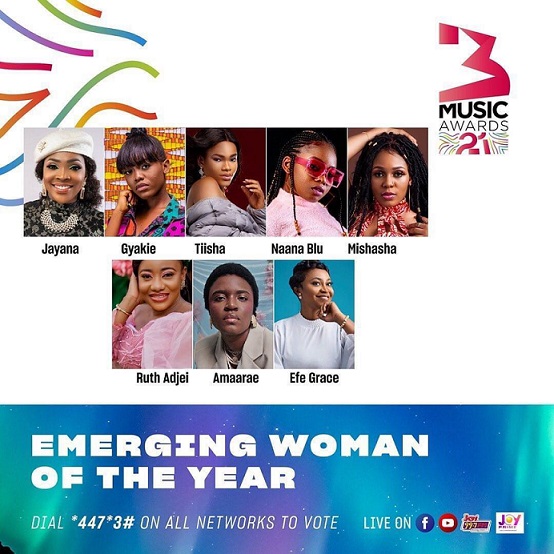 Sensational Ghanaian Afro-beats singer Mishasha has been nominated for the Emerging Woman of the Year Award at the upcoming 3Music Awards.

Mishasha in an interview with GNA Entertainment was elated with her first nomination since she started her music career a few years ago.

“I am very delighted with the nomination and this shows the progress we have made so far.

“I want to thank the organisers for recognizing my efforts and would urge my fans to massively vote for me,’’ she said.

Mishasha is currently promoting the video of her “Dorothy” hit single which features award-winning Reggae and Dancehall artiste, Shatta Wale.

The 4th annual 3Music Awards held under the theme “Here for the Music” is slated for Saturday, March 27, 2021.