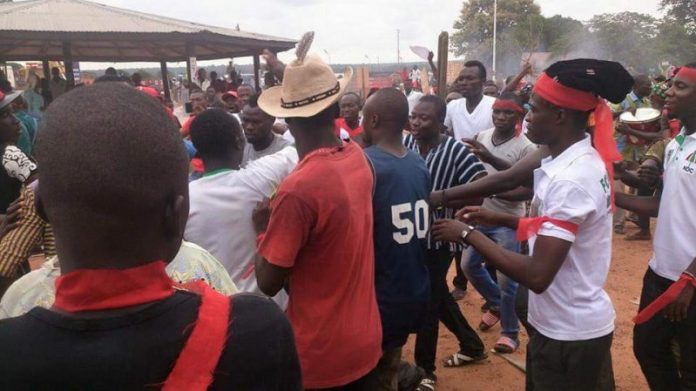 Four people, reportedly got hurt when a fight broke out between some supporters the New Patriotic Party (NPP) and the National Democratic Congress (NDC) at Suhum. 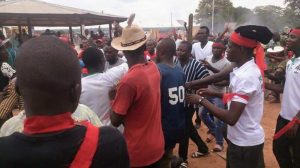 The incident was said to have happened on Monday, January 02.

Assistant Superintendent of Police (ASP) Yaw Nketia-Yeboah, the Eastern Regional Police Public Relations Officer, confirmed this to the Ghana News Agency (GNA) and said the matter was being investigated.

He could not readily give the names of the injured persons or the nature of their injuries.

The two groups had first clashed at Amanhyia, where the NPP was holding an election victory celebration.

ASP Nketia-Yeboah said the injured from both sides made separate formal complaints to the Suhum police and were issued with police medical forms to seek treatment.

They again clashed at the hospital, forcing the management of the facility to call for police intervention and reinforcement had to be sent from Koforidua and Accra to restore order.

None of the injured persons had since returned to the police with the medical form.

ASP Nketia-Yeboah warned against anybody taking the law into their own hands and said that would not be tolerated.

He asked that all breaches of the law were reported to the police for appropriate action.
GNA