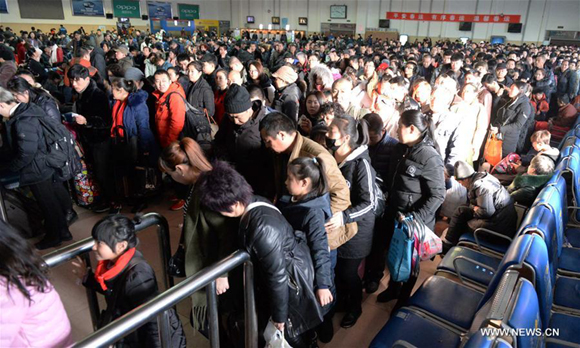 Between Jan. 27 and Feb. 2, the number of road trips totaled 336 million, a 0.8 percent increase from last year, while train trips reached 52 million with an annual increase of 8.8 percent.

About 2.98 billion trips are expected to be made during this year’s Spring Festival travel rush, known as Earth’s biggest human migration, between Jan. 13 and Feb. 21.

The average distance traveled was 262 km as most trips were intraprovince and 87.8 percent of the trips were within a range of 500 km, MOT data showed.

Nearly 80 percent of the travels were for visits to relatives and friends, as the festival is the most important occasion for family reunions.

The Guangzhou South Railway Station was the most used transportation hub during the migration, followed by Shanghai Hongqiao Railway Station and Beijing West Railway Station, all of which are seated in major cities with significant populations of migrant workers.