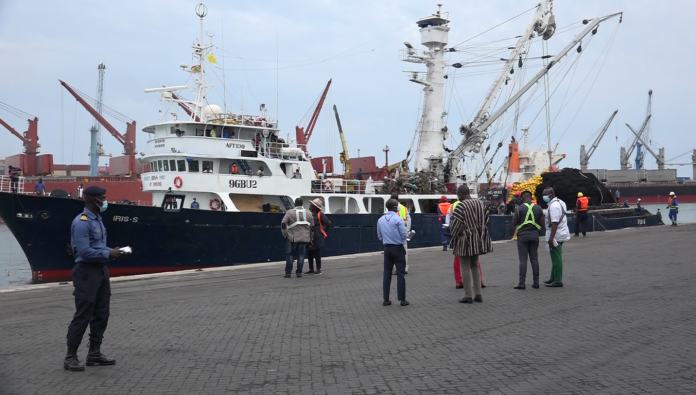 Four Koreans and a Filipino have been abducted from a Ghanaian registered fishing vessel in another piracy incident in the Gulf of Guinea, Benin waters to be specific.

The latest incident which happened on May 31, 2021 between the hours of 19:10 and 19:45 saw 6 pirates armed with AK47 rifles board the commercial fishing vessel, Iris 3 through her starboard side.

Narrating the events, the Second Officer, Mark Afedi Mensah, said hours prior to the attack, they spotted an unidentified tanker near the horizon but could not at the time establish whether that was a mother vessel of the pirates or not.

He said the darkness combined with the tactics deployed by the pirates made it impossible for them to deploy evasive maneuvers.

“They came from behind the net so no one knows the exact time they banged on us,” he said.

An assigned observer from the Fisheries Commission, Paul Odonkor said though no crew was harmed, the pirates during their short stay, disabled the vessel’s Automatic Identification System (AIS) and rummaged the cabins of the vessel for crew’s belongings.

“They asked the Captain that where is the money and that if they had money they will leave them but the Captain responded that there was no money. They also said they were there for the Koreans,” he said.

The Navy after receiving information on the attack, guided the vessel to the Port of Tema in the early hours of June 1.

Investigations on the crew kidnapping are still ongoing.

This is the second piracy incident on a Ghanaian vessel in less than two weeks, as it would be recalled that another fishing vessel, Atlantic Princess was also attacked 65NM South of Tema indicating an expansion of the range of pirates.