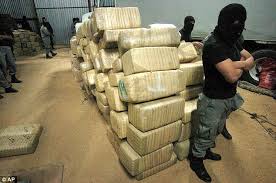 Turkish security forces seized more than five tons of marijuana in an operation in southeastern Turkey, its Interior Minister said on Wednesday.

Turkish authorities have been confiscating narcotics shipments since the 1980s, with the country seizing over 40 tons of marijuana in 2019 alone.