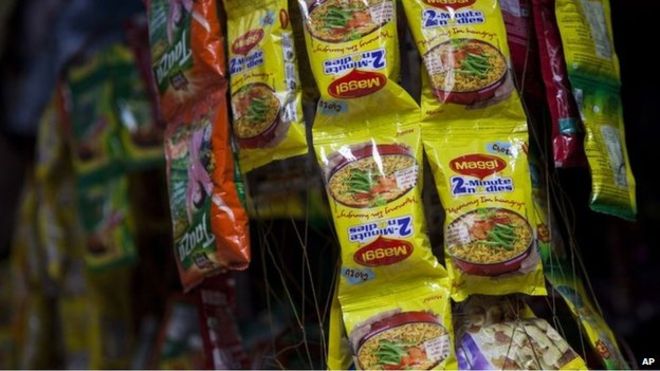 India?s food safety regulator says tests have found the instant noodles ?unsafe and hazardous? and has accused Nestle of failing to comply with food safety laws.

The company insists that the noodles are safe and is challenging the ban.

The company said in a statement that value of withdrawn noodles include stocks taken off the shelves and stocks stored in factories and with distributors.

?There will be additional costs to take into account, for example bringing stock from the market, transporting the stock to the destruction points, destruction cost etc. The final figure will have to be confirmed at a later date,? Nestle said.

Earlier this month, Nestle began withdrawing the Maggi brand from stores, after regulators said they found higher-than-allowed levels of lead in some packets.

The company is challenging the ban in high court in the city of Mumbai and ?raised issues of interpretation? of India?s food safety laws.

Nestle?s global chief executive Paul Bulcke has asked to see the results of the laboratory tests and promised to return Maggi to store shelves soon.

Several states have also been testing the noodles for the chemical monosodium glutamate, widely known as MSG.

The instant noodles arrived in India in 1983 and can be found in corner shops across the country.

Huawei Donates ICT Equipment To Mampong School For The Deaf