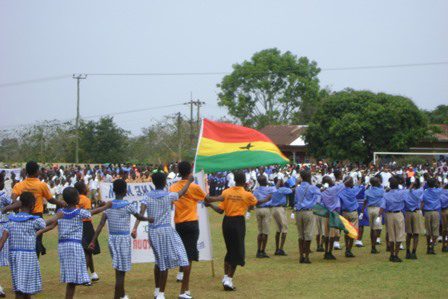 I am no historian. Neither have I read much of history. But I have grown to know that a lot happened to Ghana after independence. Apart from the tens of thousands who gathered at the capital Accra to greet the new country?s first prime minister and celebrate the end of colonial rule, leadership committed to absolute transformation.

In addition to a pragmatic industrialization drive, leadership built on the already laid growth, particularly in the agricultural and the mining industry as well as existing public utilities such as water, electricity, postal and telegraph services, rail and road networks, and bus services. These were to have propelled Ghana?s growth and ushered in, its future, where I belong.

And unlike today where young people can only find the essence of such liberation in standing under the scorching sun to march, literature has it that hope was given the youth then, in the industrialization drive. Jobs were not only widely available, youthful existence had its worth. Scholarships were open and young people were chased and pleaded with to attend school. I am reliably told that even deprived scholars will come home to meet scouts in both the academia and industry. Potentials were aggressively sort after.

Going further, the independence era realised the construction of a 1,186-megawatt hydroelectric dam on the lower Volta River at Akosombo; a harbour and a port at Tema; a sugar plant at Asuatuare; a tomato and mango factory at Wenchi; shoe factory in Kumasi; the existence of Ghana Airways; a state shipping line, the Black Star Line (BSL).

There were also the State Farms Corporation, Workers Brigade and the Young Farmers League and wide range of industrial enterprises; including the Volta Aluminum Company (Valco) , saw mills and timber processing plants, cocoa processing plants, breweries, cement manufacturing, textile manufacturing operations, and vehicle assembly plants. It is reported that in 1984 there were 235 state enterprises in Ghana.
Tracing these landmarks today, young people are likely to be hunted by the ?ghosts and skeletal remains? of these interventions. Indeed it is reported that in 1988 ??thirty-two of these state enterprises were put up for sale, followed by a further forty-four in 1990 under what was termed the Divestiture Implementation Committee. By December 1990, thirty-four enterprises had been either partially or totally divested. Four were sold outright, a further eight were partially sold through share issues, and twenty-two were liquidated. Divestiture of fifteen additional enterprises was also underway, and by 1992 plans were afoot to privatize some of the nation’s banks??. It is also estimated that at least 120 factories have been closed and left to deteriorate since 1988.

As a youth, you are then left to wonder what became of independence to your very generation. What is left for us to identify with in this struggle and its output? Even though it took bunch of the country?s reserves and future sacrifices to establish them?

It is 6th March; and I will not want to be boring.

Ayekoo Ghana!! Even by these we have come far.