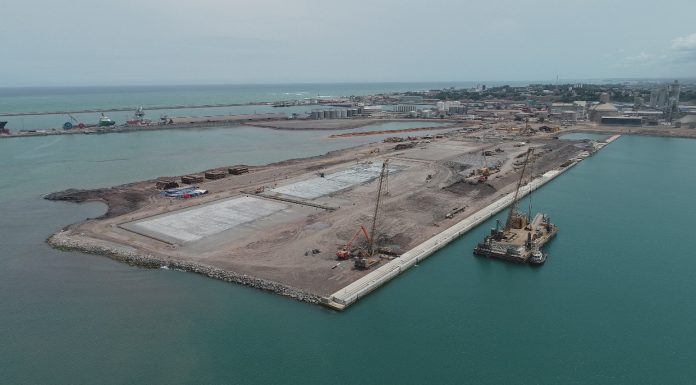 The Chief Executive Officer of Atlantic Terminal Services, Dr. Felix Nana Sackey, has assured of the timely delivery of 1st phase of the Atlantic Multipurpose Terminal project which is currently 71% complete.

He said, “We are at the tail end of the construction and we believe that come November 2021, this facility would be ready for operations.”

Speaking with Eye on Port, the CEO of Atlantic Terminal Services said the terminal’s -16 metre depth will position the Atlantic Terminal and the Port of Takoradi at a competitive advantage in the port and maritime industry because of its ability to receive the largest container vessels in the world.

“The -16m depth is the critical game changer in the industry in West Africa. We believe that when this port is completed, it will compete with any other port in the rest of the world in terms of size and depth,” Dr. Sackey emphasized.

He disclosed that world class equipment which include Ship to Shore Cranes and Mobile Harbour Cranes have been procured and that their transfer onto the terminal space will follow gradual procedure.

While revealing the company’s deliberate plan for local participation, Dr. Nana Sackey also assured the trading public of expert professional management of vessel and cargo handling services at the terminal.

He urged importers and exporters in Ghana and across the subregion to reconsider routing their cargoes through what he called one of the best port facilities across the region.

“They should really have a second look at Takoradi, because all the bottlenecks here have been removed and come November Takoradi would be the most efficient port in West Africa.” 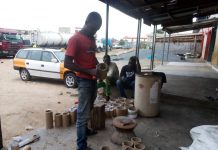 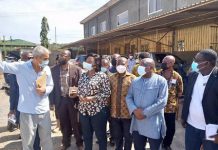