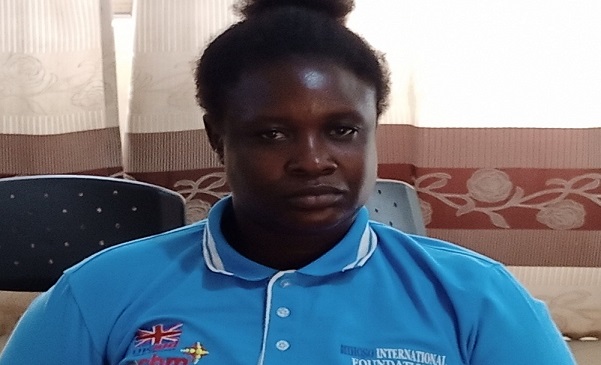 Nursing and expectant mothers with mental disorders in the Bono, Bono East and Ahafo Regions have appealed for medications to improve their health conditions.

The about 750 mental health mothers also called on the government and the international community for support to engage in viable economic activities for enhanced socio-economic livelihoods.

MIHOSO International, a health-centred non-governmental organisation, under its Maternal Mental Health Project, has assisted the patients to form 24 Self-Help Groups (SHGs) and supported them with drugs.

But many of the women expressed worry about the implementation of the five-year project, funded by the Christian Based Mission (CMB) in the United Kingdom (UK), would come to an end in June.

They said it would be difficult for them to access the drugs because of the high cost.
The leaders of the SHGs drawn from Koraso, Bomaa, Dotobaa, Nkwabeng, Fiema, Dromankese, Akuma and Jinijini made the appeal in an interview with the GNA on the sidelines of an end of project learning event in Sunyani.

Organised by MIHOSO, the event aimed at assessing the impact of the five-year project on the lives of the patients, and encouraging them to sustain the SHGs.

Madam Christina Konama, a farmer, and the Chairperson of the Anidaso SHG at Koraso in the Berekum Municipality said following the death of her her husband died two years ago and after she was diagnosed with schizophrenia, the family had neglected her.

She thanked MIHOSO and its partners for their support to her and the children.
For Sarah Kyeremaa, a seamstress at Nkoranza-Nkwabeng in the Bono East, and a mother of three, said the project came to her aid at a time life was very difficult and she was unable to fend for the children.

“Now that the project has come to an end, I don’t know how I can cater for my drugs and at the same time provide for the needs of my children,” Kyeremaa, the Organiser of the Nkwabeng Abaatan Association stated.

Mr George Kwame Osei, the Nkoranza South Mental Health Coordinator, mentioned schizophrenia, alcoholism, depression, bipolar disorder and epilepsy and other neurological conditions as some of the mental health problems in the Nkoranza Municipality.

He said many of the patients could not afford risperidone, olanzapine, carbamazepine and fluoxetine due to the high cost of the drugs, saying lack of psychiatric medications remained another huge problem.

Mr Osei said the National Health Insurance Scheme did not cover medications prescribed at the health centre level and because patients could not continue to afford the drugs, the health condition of some of them had worsened.

He expressed concern about lack of family support to patients and appealed for motorbikes to attend to emergency cases in remote communities.

Mr Thomas Benarkuu, the MIHOSO Project Coordinator, said the project introduced the SHGs into Village Savings and Loans Association (VSLA) to support each other.

Under the VSLA, he explained, the various SHGs who were also supported to engage in petty trading and craft were encouraged to develop the habit of savings and contributed on weekly basis.

Mr Benarkuu said SHGs required more assistance to sustain and expand the economic activities and appealed to the government to support.

“Though our project with the CBM UK has just ended, we would find alternatives to ensure that we keep you in business so that you can afford your drugs and at the same time fend for your families,” he said.

“But we encourage you to continue to save with the little you get to keep you going as we look for funding opportunities to support you,” he said.

Number of coronavirus infections in Tokyo rises to record level