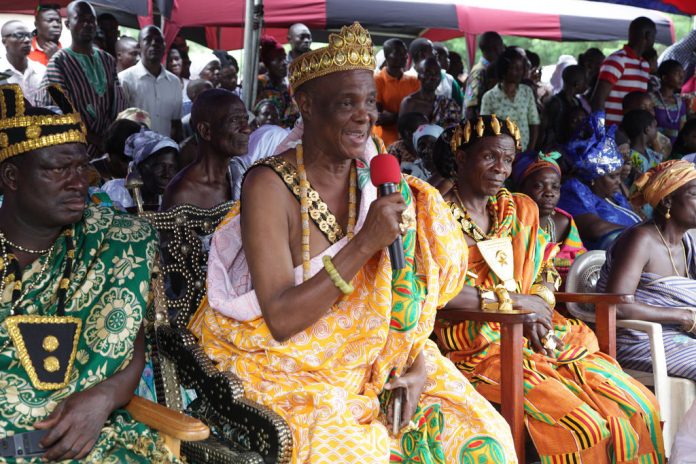 The Ziope traditional area in the Agotime-Ziope District, has launched the seventh edition of the Agbleza festival in Ho.

The festival is on the theme, “Planting for Food and Jobs,” in support of government’s commitment to the agriculture sector.

Togbui Lawluvi VI, Paramout Chief of Ziope, said the tomato growing area needed a processing factory under the government’s “One District One Factory” to open up the area.

He said the traditional area was making land available for investors and appealed to natives in the diaspora to grab the opportunity to grow the local economy.

He said government under its agricultural development policies was enhancing the sector with extension services, improved methods, and “E-agriculture” among others.

Mr Charles Agbeve, Member of Parliament for Agotime-Ziofe said armyworms had infested about 780 acres of maize farms, with torrential rains also destroying crops and undermining government’s “Planting for Food and for Jobs” programme and called for help.

Captain George Nfojo, a former Member of Parliament for Ho said the practice of selling farm produce only on market days incurred losses and asked that the days be extended, and more markets and outlets made available.

The week-long festival would be climaxed with a durbar on Saturday, September 2, and will feature an agricultural symposium and exhibition, as well as cycling, and cooking competitions among others.

Proceeds would be invested into the construction of a nurses’ quarters.
GNA

Office of Registrar of Companies to be launched tomorrow

Ghana and Burkina Faso to promote trade and commerce